Forex Analysis & Reviews: US stock market falls for the third day in a row 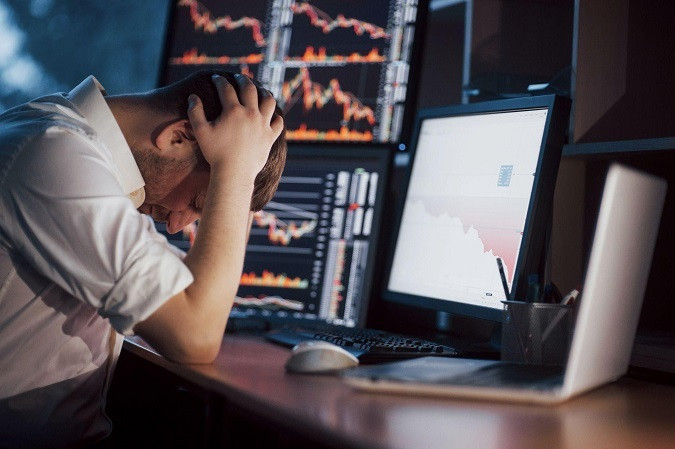 US stock futures declined alongside stocks as worries about the state of the global economy were heightened by weak Chinese trade data. Following the benchmark indicator's fourth straight day of declines on Tuesday, when it closed at its lowest level in nearly a month, S&P 500 futures contracts declined.

The premarket saw a decline in Apple Inc. shares as Murata Manufacturing Co. Due to low demand, the company anticipates further scaling back its plans to produce the iPhone 14 in the upcoming months. Since Apple also scaled back its ambitious plans for a self-driving future electric car, Tesla Inc. declined.

As commodity producers continued to fall, the benchmark index of European stocks was also down.

Fears of a recession were felt in the bond market, where the inversion of yields reached its highest level in four decades due to demand for long-term bonds, resulting in rates on 10-year bonds being below rates on 2-year bonds at their highest level since the early 1980s. The Federal Reserve's decision to raise interest rates and the inflation data scheduled for release next week are pressure points on the market controlled by central banks.

After a rally that followed Fed Chairman Jerome Powell's remarks about a potential slowdown in the pace of tightening, the S&P 500 experienced its worst sell-off in a month, leaving the benchmark where it was a week earlier, just before he spoke.

Powell and his colleagues are being forced by the strength of the US economy's jobs and services to keep up their aggressive fight against inflation rather than consider a modest increase in interest rates. Wall Street executives consequently worry that the Fed will tighten policy too much and cause a recession in the global economy.

Trade data from China showed that exports and imports declined faster in November, indicating sluggish demand, and has drawn attention to their concerns.