If you buy US stocks, you're playing with fire. The Federal Reserve needs to tighten financial conditions to defeat inflation. Falling stock indices, rising treasury bond yields, strengthening of the US dollar. And anyone who goes against the central bank risks losing money. So it was in August after Fed Chairman Jerome Powell's speech in Jackson Hole. This was the case in September after the release of statistics on US inflation. This may happen in October. We need a trigger. Will it be found in the near future?

Most central banks are currently engaged in raising interest rates. However, there is a difference between tightening monetary policy and normalization. The Fed prefers the first approach. It intends to inflate the cost of borrowing to 4.6% in 2023, and then keep it at an elevated level for a long time. No matter how much the financial markets ask for the opposite. No matter how much the US economy groans.

On the contrary, the European Central Bank chose normalization. When the deposit rate increases with an eye on GDP. Markets expect borrowing costs to rise to 2.65%. If we add 75 bps in November and 50 bps in December to their current value, it will already be 2.5%. The rate is close to neutral, which does not stimulate, but also does not slow down the economy. The latter is very likely already in recession or has one foot in recession. This is evidenced by a decrease in German production orders by 2.4% in August, disappointing statistics on business activity and the German trade balance.

Dynamics of production orders in Germany 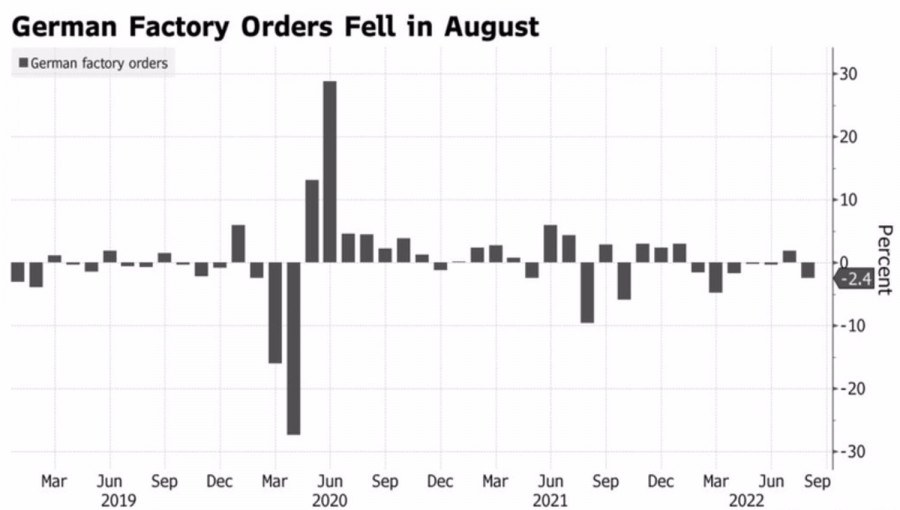 Thus, despite the fact that both the Fed and the ECB raised rates by 75 bps at their recent meetings, the US monetary tightening looks more aggressive. The fact that the ECB is acting with an eye on the eurozone economy is a bearish factor for EURUSD.

If we add to this the stronger position of the US economy compared to the eurozone burdened by the energy crisis and the high demand for safe haven assets, it is not difficult to guess when the main currency pair will go. Reuters analysts predict that the euro will trade below parity against the US dollar for at least 6 months. In 12 months, EURUSD will rise to 1.03. 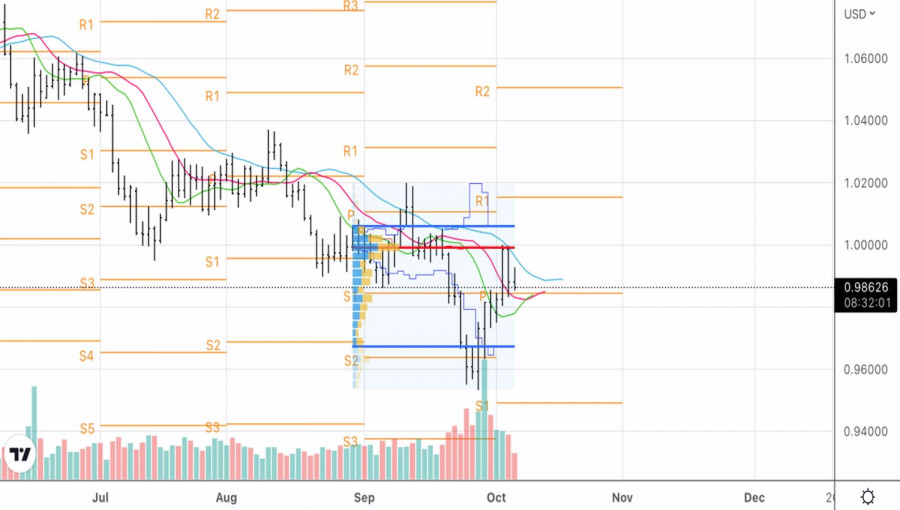 And yet, no matter how strong the trend is, there will always be room for corrections. Investors have already tried to go against the Fed twice, they were burned, but this did not discourage them from buying stocks and euros in anticipation of a dovish reversal of the central bank. Weak statistics on US employment for September in the region of 100,000 or less can inspire EURUSD bulls to feats. On the contrary, keeping the labor market strong, we are waiting for the pair to fall to new lows.

Technically, there is a consolidation in the 0.985-1 range on the EURUSD daily chart. A successful assault on its lower border will make it possible to raise the short positions formed on the growth in the direction of parity and from the 0.995 mark on the euro against the US dollar.

EURUSD The euro has been in a narrow range below 1.0900 since January 23. Consolidation under the resistance line on the way up. Technically, this is preparation for a breakthrough