Forex Analysis & Reviews: How to trade GBP/USD on November 28, 2022. Simple trading tips and analysis for beginners 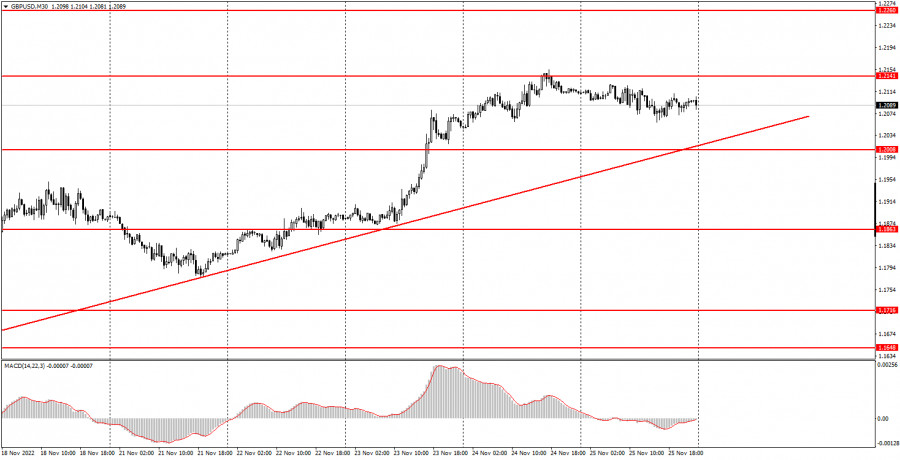 GBP/USD showed even worse movement than EUR/USD on Friday. If the euro showed at least some form of local movements during the day, then the pound was flat. Again, it is not surprising since there was no fundamental and macroeconomic background. The market fully worked out the news about the British Supreme Court's decision not to hold an independence referendum in Scotland without Westminster approval, so now we need new growth factors for the pound. As I mentioned before, the pound has plenty of technical reasons for its growth. We even have a clear uptrend line on the 30-minute chart, so the British currency's growth is justified, at least technically. The picture is approximately the same on the other charts as well. I still expect a downward correction, but in this case, the pound needs to settle below the trend line. 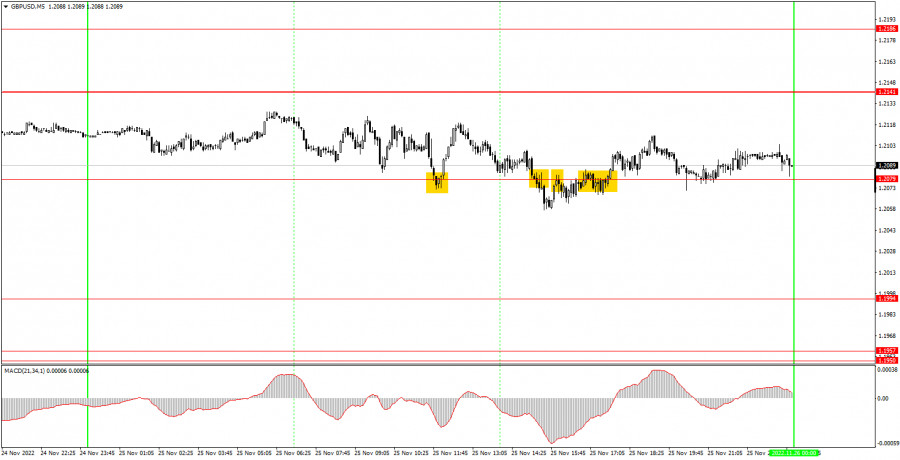 On the 5-minute chart, all trading signals turned out to be false due to the flat movement. If beginners could not lose money using the first buy signal near the level of 1.2079, since the price passed 20 points that was required for a Stop Loss, then all subsequent signals were just simply unprofitable. It's a good thing that our trading system does not recommend traders to work out more than two signals near the same level if the first two turned out to be false. Therefore, beginners didn't make any loss or profit on the first trade, while the second one (settling below the 1.2079 level at the beginning of the US session) incurred only a small loss. Traders shouldn't have used the third and fourth signals. The daily volatility rate was about 70 pips which is very low for the pound.