As the crowd rushes to jump into the last wagon of the northbound EURUSD train, the moderately hawkish rhetoric of ECB officials only briefly slows it down. French and Irish central bankers Francois Villeroy de Galhau and Gabriel Makhlouf expect a 50 bps increase in the deposit rate in December. If the European Central Bank slows down the rate of monetary restriction, as the Fed intends to do, the euro will lose one of its trump cards. However, what does it matter if the US dollar fell into disgrace?

Strong labor market statistics might be the beginning of the end for the US currency. Stock indices took the good news from the economy as a positive, thanks to a change in the Fed's outlook. Jerome Powell and his colleagues will now take recession risks into account when making decisions. And this circumstance plays into the hands of the EURUSD bulls. Impressive job growth is seen as reinforcing hopes for a soft landing of the US economy, which extends a helping hand to equities and boosts global risk appetite.

Investors are keeping in mind the seasonal strength of the euro. Typically, at the end of the year, amid shrinking liquidity, US investors sell the dollar, and European investors repatriate capital back home. Traders wrap longs on risky assets and return to the funding currency—the euro. As a result, over the past ten years, EURUSD closed December in the green zone eight times since its existence in 1999—it did it 15 out of 22 times. 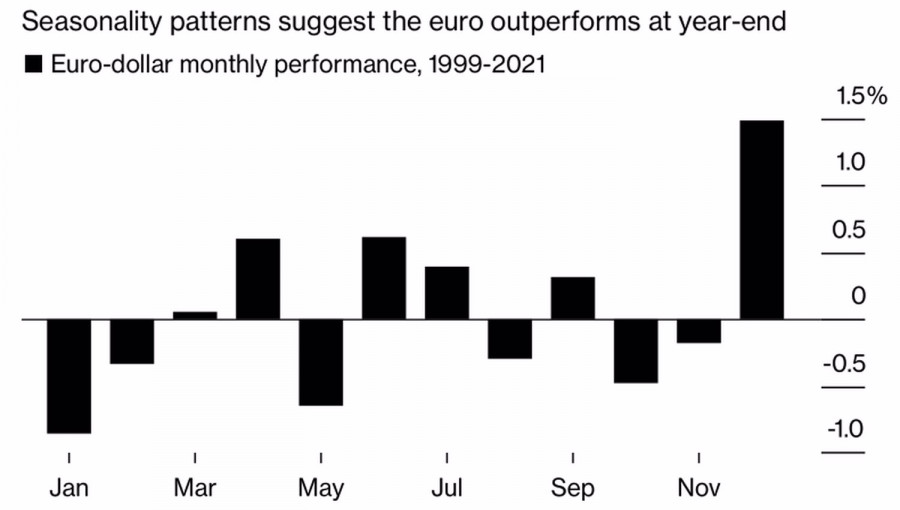 The average return on investments in the major currency pair is 1.5%, more than double that of June, the second-highest performing month of the year for the euro.

How will it be this time? Given the rapid EURUSD rally in November, we can assume that the pair's performance in December will be less impressive than before. However, if we add to the above drivers of the strengthening of the euro, overly stretched speculative longs on the dollar, which enchanted in 2021 and throughout most of 2022, we can assume that the beating of the US currency by its main competitor will continue. Moreover, French central bank governor Francois Villeroy de Galhau and Bundesbank President Joachim Nagel, promised to return inflation to the target of 2% in 2024 or 2025. According to them, this is not a forecast, but an obligation. 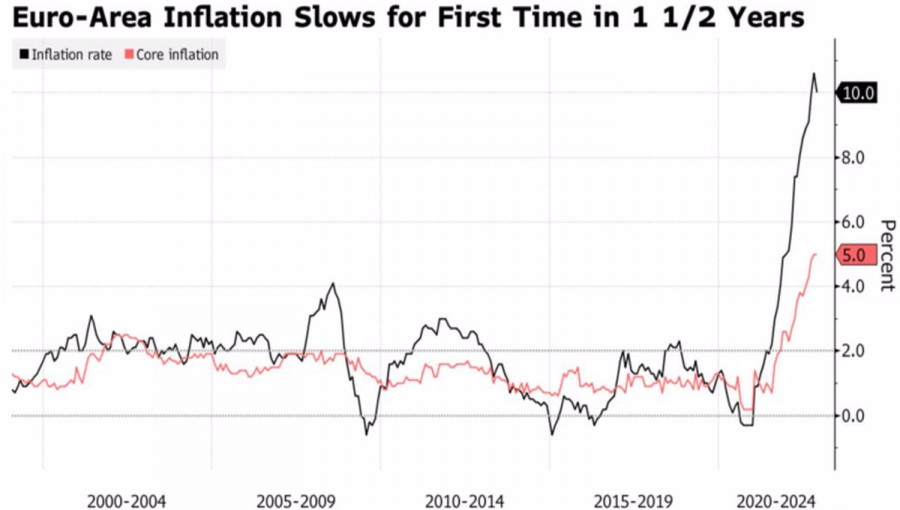 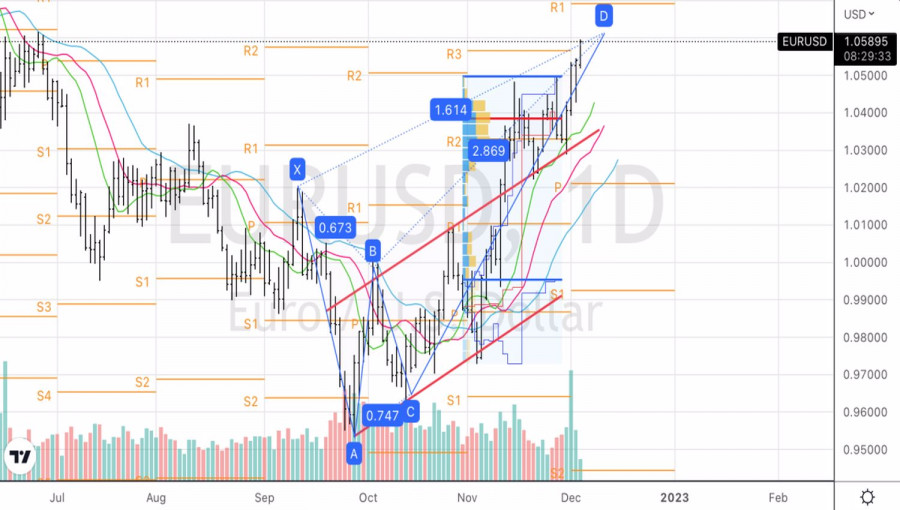 Such rhetoric means that the deposit rate may rise throughout 2023, which, against the backdrop of the Fed's pause, creates preconditions for the EURUSD rally to continue. At the same time, one of the most aggressive "bulls" for the euro, represented by Nomura, predicts its growth to $1.08 by the end of 2022 and to $1.1 at the end of January.

In a technical point of view, the Crab pattern target of 161.8% is just around the corner. It is located near the level of 1.061, the failure to overcome which will be a reason to pullback and sell. And the fall of the pair below the 1.0565 pivot point. However, you should not get carried away with shorts, and we use the peak of EURUSD to 1.05 and 1.045, followed by a rebound, for a reversal and purchases.