According to Cory Klippsten, CEO and founder of Swan Bitcoin, in the long run, BTC will become the primary form of money in the world, replacing the US dollar and other fiat currencies and beating altcoins:

"It is very likely that Bitcoin will continue to grow in size, market capitalization, price and purchasing power for decades and become the world's money, which is likely to replace the US dollar in the long run," he said. 30 years, but it could also be something that won't happen until the next century."

Suggesting that altcoins like Etherum and Solana are "bad coins", Klippsten stated that unlike Bitcoin, they cannot hope to become a form of money. He also said that Ethereum is a "scam" that will eventually "go up in the air."

"Someone can issue and control the money supply in these altcoins and change the code whenever they want," he stated. .

Klippsten, who correctly predicted the fall of Celsius, Luna/UST, and FTX, spoke to Michelle Makori, editor-in-chief at Kitco News.

The Ethereum cryptocurrency has been seen moving higher as the bounce continues above the level of $1,231. The recent local high was made at the level of $1,280 (at the time of writing the article), however, the market has entered an extremely overbought levels. The intraday technical resistance is located at $1,1288. The momentum is strong and positive, so the move up is backed up by bulls. Please notice the fact, that Ethereum lost more than 37% in November alone as the crypto winter continues and any up move should be considered as the upward correction during the long-term down trend. 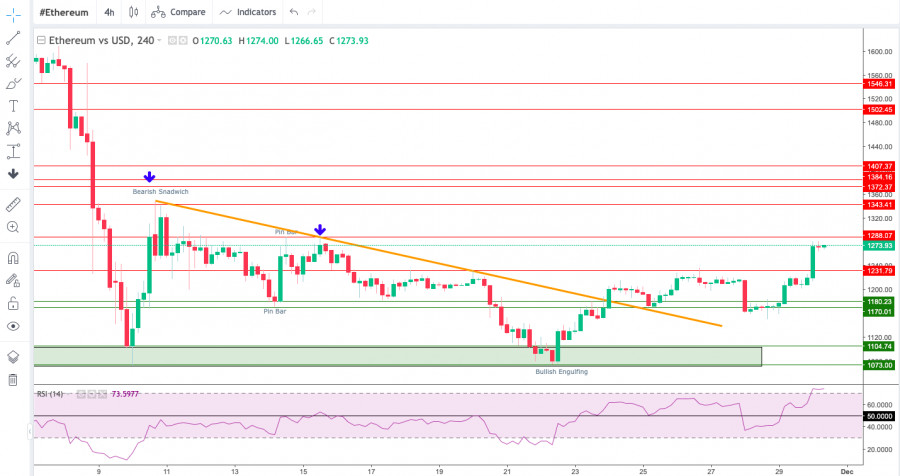 Technical Analysis of BTC/USD for February 3, 2023

Crypto Industry News: The idea of lifting the ban on cryptocurrencies began circulating in China after a former central bank official urged the country to reconsider its strict restrictions