We all depend on data, and data surprises us. The transition of the Fed to the decision-making policy based on new incoming information has given the market reason to believe that the central bank will not be as aggressive as before. However, an unexpected 528,000 growth in US employment led to the conclusion that it is now easier for the Fed to raise rates. Indeed, if inflation is at its highest levels in 40 years and unemployment is at its lowest point since 1969, why not? Good news for EURUSD bears, but they are in no hurry to attack. Are they waiting for a surprise from inflation?

The reaction of financial markets to the impressive data on US employment in July was much more muted than to the release of data on May inflation, which was published on June 10th. At that time, the expected peak of the federal funds rate in the current monetary tightening cycle soared to almost 4%, now it is just above 3.6%. The euro fell from $1.06 to less than $1.04 in two days. Today, after a slight fall, EURUSD returned to its original positions.

Dynamics of the Fed's proposed rate ceiling in the current cycle 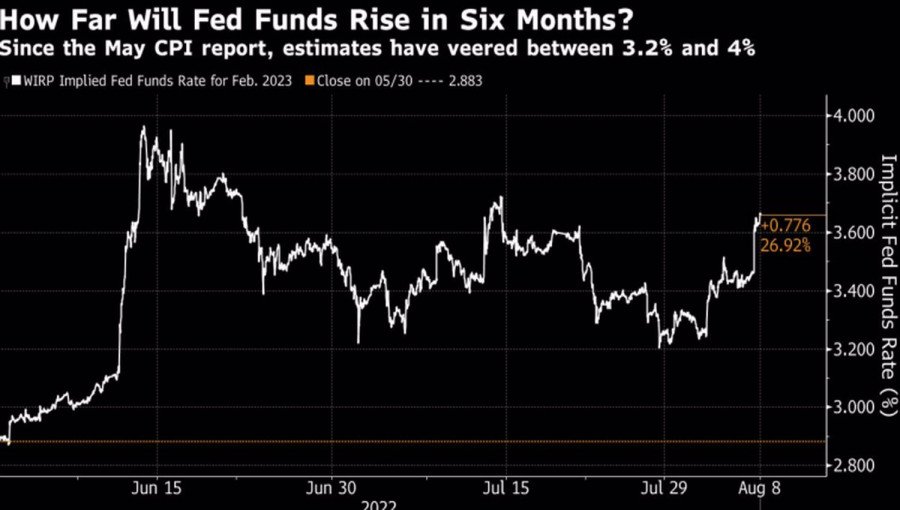 I guess the root is in expectations of US inflation statistics. Investors expect that the slowdown in consumer prices from 9.1% to 8.8% will bring back to the market the idea of reducing borrowing costs in 2023. In my opinion, this version looks naive. First, the Fed has repeatedly emphasized that a significant and long-term slowdown in inflation is required to reduce the rate of monetary restriction. One report will not mean anything, especially since the figure of 8.8% still looks threatening.

Secondly, the reaction in the form of growth of American stock indices and falling yields of treasury bonds and the US dollar rate does not suit the Fed. It leads to improved financial conditions. The Central Bank, on the other hand, even if the growth rate of consumer prices starts to decline, requires that this indicator, on the contrary, be tightened. In order to prevent a new round of inflation.

Thus, the Fed is not ready for the dovish turn that the financial markets are trumpeting. In the near future, hawkish rhetoric should be expected from FOMC officials, which will contribute to the growth of treasury bond yields and the fall of EURUSD.

Dynamics of the Fed rate and bond yields 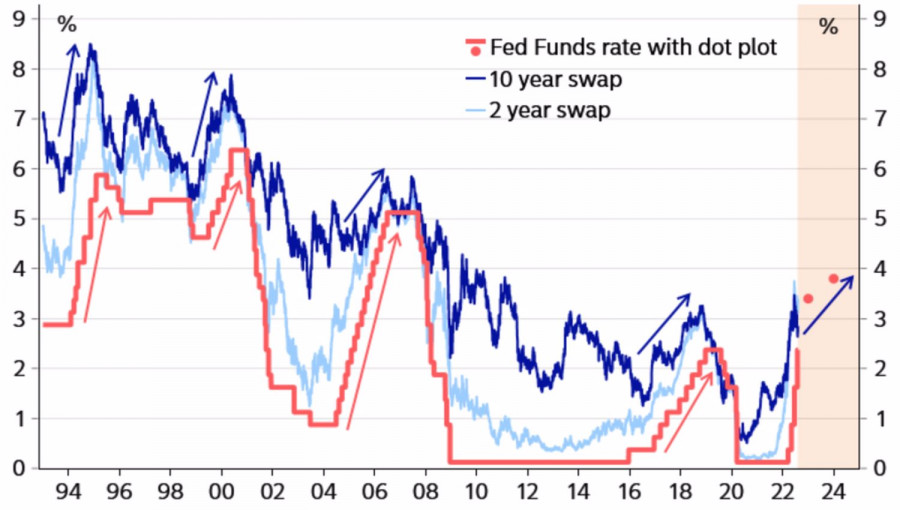 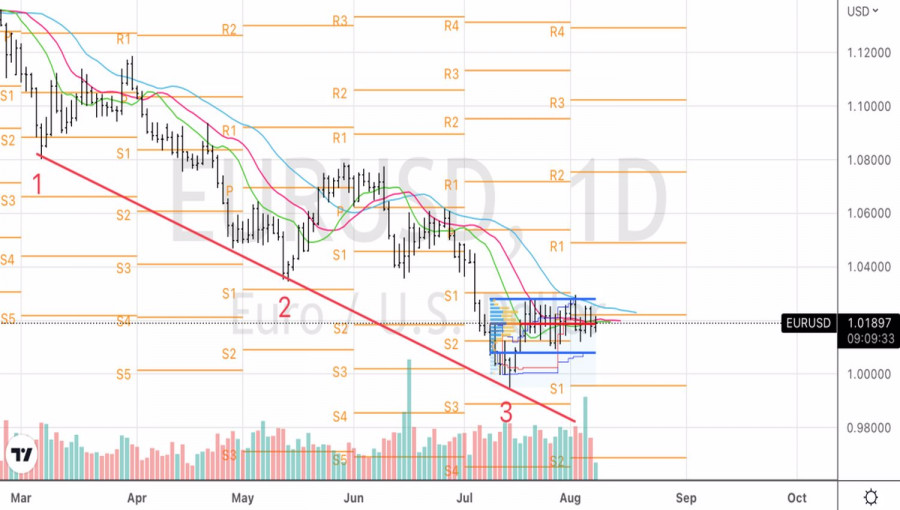 If the actual inflation data for July turns out to be close to the forecasts, the euro's rise against the US dollar should be used for selling. If consumer prices soar even higher, US stocks will collapse, global risk appetite will decrease, and the fall of the major currency pair towards parity will gain momentum.

Technically, on the EURUSD daily chart, there is no way to drive the pair out of the 1.01–1.03 consolidation range. Its inability to gain a foothold above its fair value at 1.0185 is evidence of bullish weakness. At the same time, a fall below the local low at 1.014 will allow the formation of shorts.