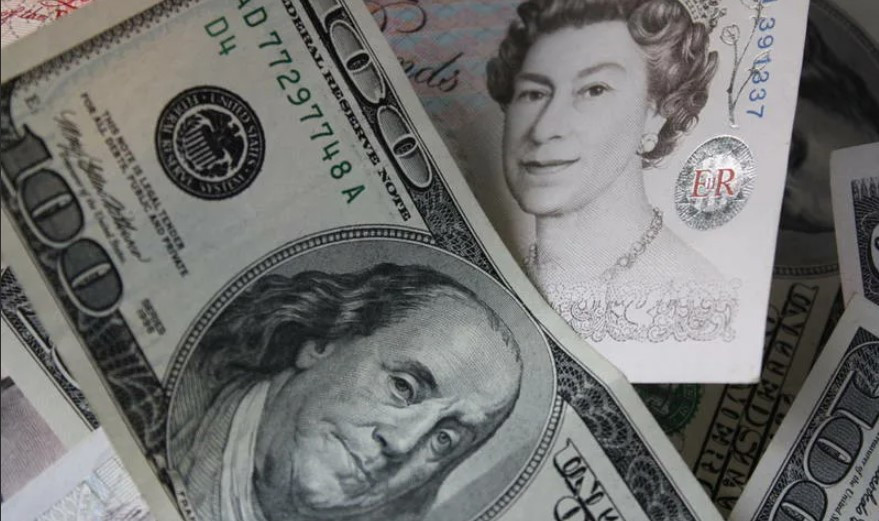 Federal Reserve Chairman Jerome Powell, as expected, triggered volatility in the markets. Investors are now more confident in their assumptions about the Fed's interest rate, and the dollar index is down to a 15-week low. What's next

The dollar broke down two figures, settling at 105.40 on Thursday. There is a risk that the indicator will go even lower after Powell signaled a slowdown in future tightening.

"We think that slowing down at this point is a good way to balance the risks," Powell said.

The central bank should reduce the size of rate hikes as early as December. Market prices have indicated that the federal funds rate will peak below 5% in May 2023. This is lower than previous expectations of a peak above 5% in June.

Nevertheless, Powell said that "it is likely that restoring price stability will require holding policy at a restrictive level for some time". Investors await more U.S. data to gauge the health of the world's largest economy, as evidenced by Friday's key monthly jobs report.

The main consequence of Powell's speech in the currency market was that he again thwarted the dollar's attempts at recovery. The greenback will likely remain under pressure as long as the topic remains relevant. Looks like Friday's U.S. labor market data will come as a nasty surprise.

What is really relevant to the financial markets is that the Fed's monetary policy is normalizing. A 75 bps rate hike remains a thing of the past.

Meanwhile, economists at ING believe that the dollar will be able to find the strength not to fall further.

"We are tempted to say that looks like an overreaction in that while Chair Powell did acknowledge the slowing in the pace of hikes, his core message was one of stubbornly high core inflation, particularly in the core services ex-housing category."

"The core PCE inflation data is the biggest input, and we prefer DXY to find support near 105.00", ING economists said. 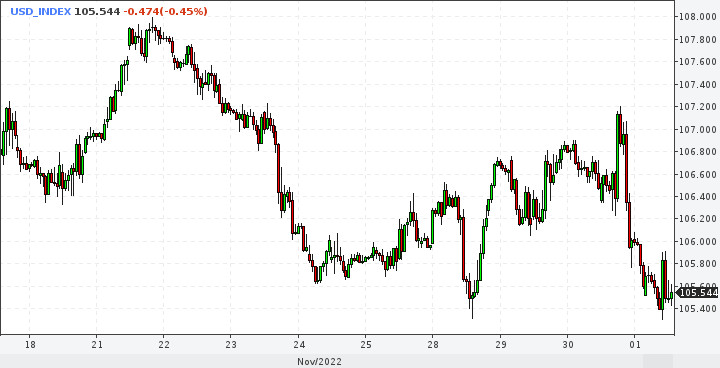 The dollar's decline made it possible for other currencies to rise. The pound is showing bright dynamics, and analysts urge others to forget about earlier forecasts stipulating the pound's fall similar to the September one. Estimates on the GBP/USD pair change dramatically given the updates.

According to ING, "this rally could extend to the 1.22/23 area unless either today's US core PCE data or tomorrow's US jobs data can put a floor back under US yields."

Downside risks for the pound are exaggerated, and the record lows seen this year are unlikely to be tested. Political turmoil seems to be a thing of the past, too, NatWest wrote in its 2023 pound forecast. The British bank expects the pound to strengthen against the dollar and remain relatively stable against the euro.

The key drivers of the pound's growth in the new year will be energy prices and related impact on the country's current account.

It is worth worrying about energy prices rising again and growth continuing through 2023. This will lead to weaker economic growth, increased government borrowing and a current account deficit.

England typically has a current account deficit because the country imports more than it exports. This imbalance leads to currency outflows and puts downward pressure on the pound. 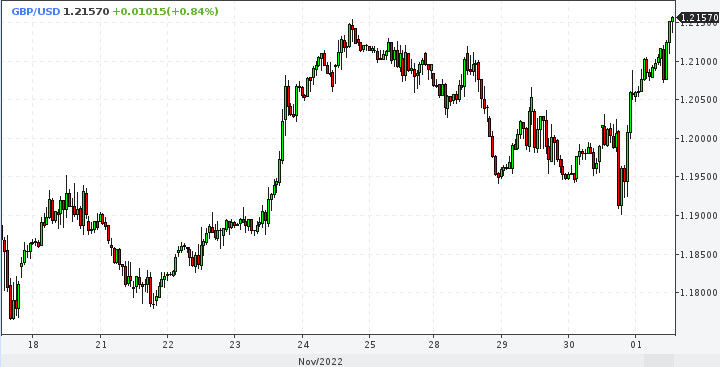 The inflow of foreign capital from international investors is protecting the pound. So sterling is weaker when import costs rise or foreign investors are no longer willing to finance deficits by increasing inward investment.

Much will depend on what happens to energy prices.

"Prices are expected to be well below their summer peak. Demand for energy is declining at double-digit rates, enough to eliminate power outages unless the winter is unseasonably cold. Consequently, the fuel shortage could shrink markedly in the coming months," economists wrote.

Meanwhile, a rapid rise in the pound in 2023 is unlikely, warns NatWest.

Britain is sliding into recession. This is now the consensus expectation among institutional, independent and international economists and reports continued pessimism about the pound.

The Bank of England will have its say in December. A rate hike is seen as the main domestic risk event for the pound. The markets are divided on the increase. Some expect 50 bps, others 75 bps.

The pound has a tendency to weaken after the BoE announces its decisions, as the scale of rate hikes tended to be smaller than the market expected.

NatWest tends to think that a cycle of policy tightening will not provide sterling with much support.

So, if we look at the pound's trajectory, we can see a gradual rise against the dollar and a sideways movement with the euro.

The GBP/USD pair is expected to rise over the next 12 months as the dollar retreats from cyclical highs. As uncertainty persists, the quote will continue to move in a wide trading range.

Growth against European currencies will be more limited as regional economies face a similar cost-of-living shock.

The U.S. currency from time to time is trying to rise and get a foothold in the upward spiral, but more often than not those efforts are blocked