​From Paris with... victory!

The Russian tennis player and InstaForex brand ambassador Daria Kasatkina has secured the important victory in the 4th round of the top tournament Roland Garros. Darya had to play against a current Australian open title holder and the World No.2 Caroline Wozniacki.

However all the titles of opponent made a little impression on Kasatkina. It took her less than 2 hours to win in straight sets (7:6 6:3).

In quarter-final Daria Kasatkina will face the No. 10 seed Sloane Stephens from the United States.

Roland Garros is the premier clay court tennis championship event in the world and the second of four annual Grand Slam tournaments. The final of the tournament will take place on 9th of June and the total price fund exceeds 39 million euros. 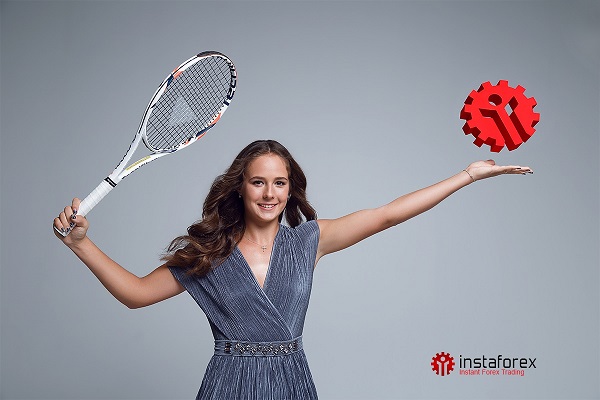