The Stick Sandwich candlestick pattern is a bullish reversal pattern which usually confirms a reversal of a trend.

The pattern is formed by two black candlesticks with a white candlestick between them. The closing prices of the two black bodies should be the same. The support level is determined and the trend is very likely to reverse.

How to distinguish this pattern?

A sustainable downward trend is seen on the market. Next day the opening price is higher and it trades upwards throughout the day, closing at a high or near it. Such price movements indicate that the previous downward trend has probably reversed, and short deals are better to be closed or protected by a stop order. Next day the opening price is still higher and deals are massively closed. After that, the price goes lower and closes at the level which was seen two days before.

If the support and resistance levels are not found, then you may face a high risk. The next trading day will provide more clues to the situation on the market.

According to Japanese guides to trading, the support levels on the two black days are located at lows. The support level at the closing price is more sustainable, so we get a high chance of a trend reversal.

Transformation of the pattern

If these conditions are not met, then the Stick Sandwich comes down to a black candlestick which is considered as a bearish one and the pattern should be confirmed eventually.

The last two days of the pattern often look like a bearish engulfing pattern. Sometimes it is better to pay attention to the support levels rather to the bearish candlestick pattern with no regard to the previous trend. 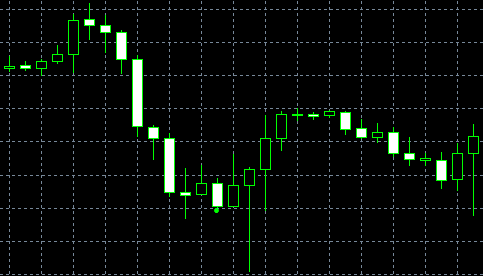