The ForexPeaceArmy project was created by Dmitri Chavkerov. So, what is this anonymous organization about? Who is Dmitri Chavkerov, the owner of FPA, a scammer or a hacker? There are many traders in forex community who will tell that he is blackmailer and hacker, and that all his projects are suspicious. Let us review the major aspects of his shady activity.

Some years ago the primary target for those who created the Forex Peace Army project was dynamically developing foreign exchange market and forex brokers. Dmitri Chavkerov was trying to make people believe in his special skills, while in real world these "magic skills" are limited to tricking public using shady and dishonourable strategies. There are a lot of traders’ claims in the Internet concerning openly false forex signals which took place on repeated occasions.

But this is only a part of the story. This organization positions itself as an honest forex activist against unscrupulous Forex brokers. But in fact the FPA website contains loads of slanderous and negative information about large and trustworthy brokerages with huge client portfolios and international recognition. Simply, they collect all negative data from the Internet without checking, and in many cases these people provoke its occurring. It was stated, that this project is established to tell the truth about Forex fraudsters among brokerages. But you can't post a positive feedback on a broker you have had a smooth experience with in a thread criticizing it. Your upbeat post simply won't be allowed by moderators. All negative posts about FPA are edited or will never be published. However, declaring “war” to bad brokers, Forex Peace Army turns out to be the cheater itself. One can easily find many articles and other materials featuring the gist of the Forex Peace Army scummy project.

It is noteworthy, neither FPA nor brokers from FPA have any contact details except for their email address. There is no sign of any real physical address. This all shows that FPA is real scammers who are earning money via blackmailing and selling off false signals from numerous other scam sites.

When the FPA reputation was damaged, Dmitri Chavkerov just changed sites; Forexbastards was changed to Forexpeacearmy, Kingforexsignals - to Wpips and so on. 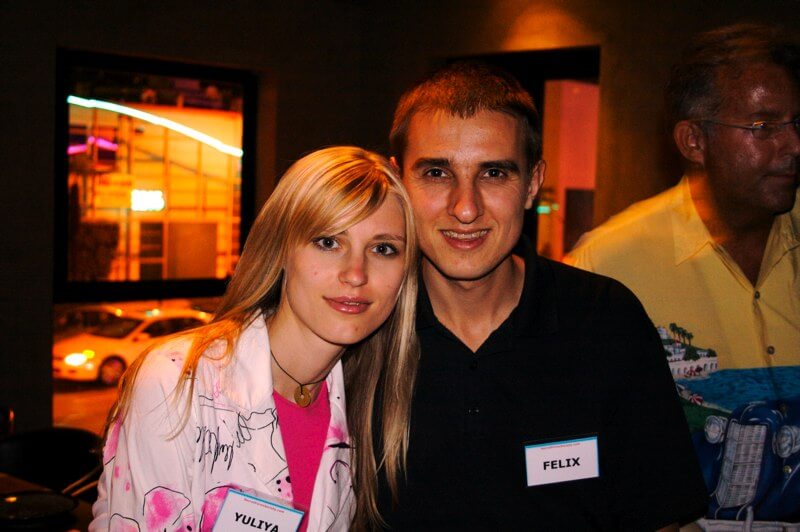 Dmitri Chavkerov and Yulia Kalinina were involved in sham marriage fraud against USA and were captured by police in 2007.

Dmitri Chavkerov is also known as Felix Homogratus and Forex Bastard. Judging from his nicknames, it is possible to suggest that the person is an adventurer, to say the least. Apart from creating FPA and a whole range of false brokerages, Dmitri Chavkerov has been engaged in a criminal trial over a fake marriage scam. He decided to spouse his live-in girlfriend for obtaining permanent resident status. Together with Yulia Kalinina, Dmitri Chavkerov used an illegal paid service of sham marriage. The U.S. Immigration and Customs Enforcement investigated the case and determined the pair guilty. Moreover, the U.S. government website mentions a delinquent nature of Dmitri Chavkerov. Consequently, Dmitri Chavkerov may well be engaged in other criminal activities since he who breaks one law can easily break others.

It is believed that Dmitri Chavkerov and FPA are not only Forex bastards but Tech bastards also, in other words they are hackers. Only few suggestions of some victims of this "Forex enterprise" help us to talk about the hacking activity of Dmitri Chavkerov, and in contrast to the fact of being involved in the official criminal case related to the fabricated performance for obtaining payments for bogus visas which was organized by this illegal immigrant, there is no judgment concerning his hacking activity by the U.S. authorities but it does not mean that this person has a clean conscience, as it is known that hackers remain unpunished in most cases unless large organizations became their victims. In this case, such companies are capable of standing upon their right and initiating an investigation of such activities at an adequate level. Who knows what kind of hacker adventures the FPA organizers had in their shady past. It is clear that these people are dowered by the God with talent to think outside of the box and to evade the law, so testimonies of Dmitri Chavkerov’s victims can be nothing to write home about.

All the above-mentioned facts provide a sufficient ground to conclude that Dmitri Chavkerov, the FPA project owner, is the fraudster grabbing money from customers offering false signals and posting lies about honest organizations. He who has criminal charges cannot be the person to wholeheartedly believe and to rely on him entirely.