The greased weekend of January 17 does not upset the "bulls" of EUR/USD. For most of the five-day period, euro rose against dollar, thanks to traders' faith in the signing of the trade agreement by Washington and Beijing, as well as the hopes for the "hawkish" rhetoric of the ECB. In reality though, it was worse than expected. Investors doubted whether China will be able to buy $200 billion goods and services from the States more than before. Moreso, the duties on $360 billion of Chinese imports remain in force, and, according to competent Bloomberg sources, Christine Lagarde and her colleagues from the governing council are not afraid of negative rates.

In 2017, American exports to China amounted to $186 billion. According to the latest data for 2019, this figure fell to $160 Billion. Wall Street Journal estimates that in order to fulfill its obligations, China must increase purchases of goods and services from the United States to $262 billion in 2020, and to $309 billion in 2021. Theoretically, the colossal numbers should accelerate US GDP, but Wall Street Journal experts, on the contrary, expect it to slow from 2.3% to 1.9%, as business activity in the manufacturing sector continues to fall, and the dynamics of retail sales indicates a reduction in consumer activity.

The dynamics of business activity in the manufacturing sector: 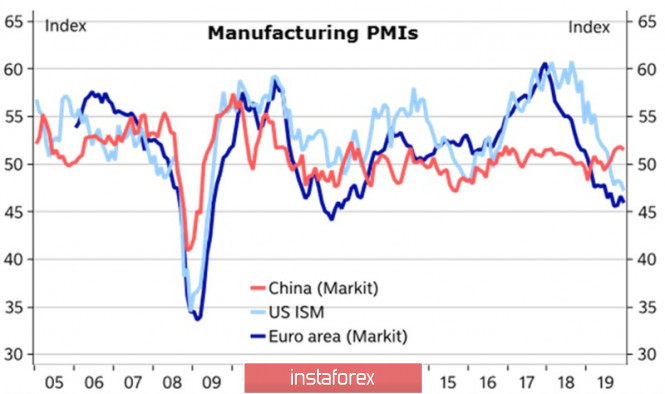 There are rumors in the market that due to Boeing problems, the US GDP growth rate in the first quarter may drop to 1.5%, which gives the Nordea Market reasons to forecast a 25bp reduction in the Federal funds rate by March. The ECB, on the other hand, will remain passive in monetary policy, which is a bullish factor for EUR/USD. 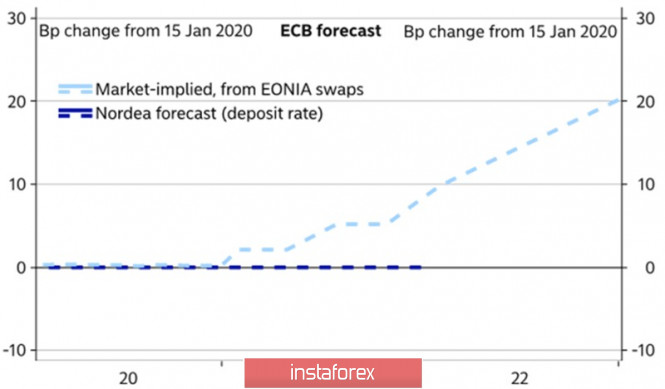 According to the minutes of the last meeting of the Governing Council in 2019, the Central Bank noticed signs of stabilization in the situation, and assessed the risks as less dangerous than before. At the same time, there was an increase in industrial production in the Euro zone by 0.2% in December led by Germany (+0.9%), as well as an acceleration in inflation from 1% to 1.3%, which are good news for the euro. Yes, the German economy has seen its weakest growth since 2013, but it has expanded every year from the past 10 years, which is the longest economic expansion since 1990. In addition, official Berlin forecasts foresee an acceleration of GDP from 0.6% to 1% in 2020.

The main events of the week of January 24 will be the first meeting of the ECB in the new year, as well as the release of data on European business activity. If the Central Bank continues to radiate moderate optimism, and purchasing managers' indices go up due to the ceasefire in the US-China trade war, euro's bulls will correct their positions.

Technically, as long as the EUR/USD quotes are above the short-term diagonal support and the correction level of 50% of the last rising wave, which corresponds to the 1.11-1.111 area, the situation will continue to be controlled by buyers. A breakthrough of important support will increase the risks of a pullback to the "bullish" medium-term trend in the direction of 1.1065-1.107. 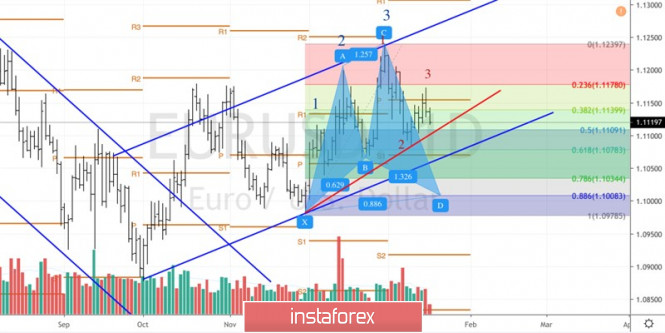