Oscillator TrendlessOS was developed by Joe DiNapoli in the early 1980s and described in the book Trading with DiNapoli Levels. As well as other indicators developed by DiNapoli, Trendless oscillator is a supplement to the major instruments of desition taking - Fibonacci levels. However, according to DiNapoli's concept, Trendless indicator can be used as an independent trading instrument. 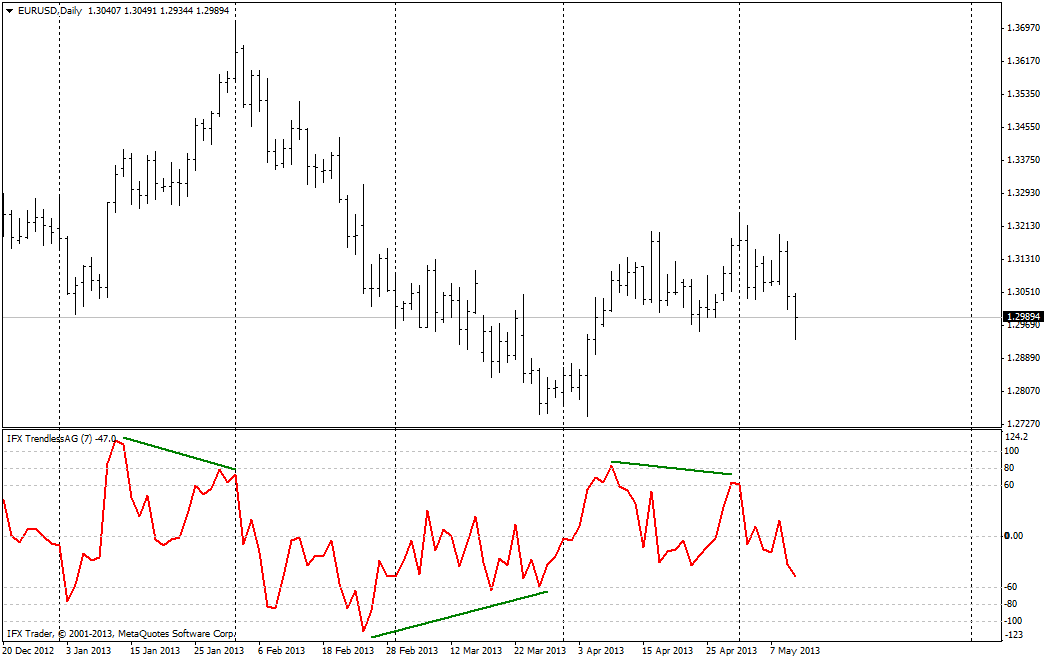