Crimea is a very special Ukrainian region. It has its own peculiar customs and traditions, including those related to fighting. In 2009 many peninsula residents were still ignorant of such an exciting sport as mix fight. Despite its small size, the Crimean region came to be famous for its rich sports resources. It has a number of awarded sportsmen including Olympic winners. In November 2009 Tornado Fight Club organized the first large-scale Grand Mix Fight 2009 tournament in Simferopol. This spectacular event took place at the city's circus and gave rise to another sports tradition. The tournament was a great success and gained much publicity. Such sportsmen as Aleksandr Agafonov and Artem Egorov made their first appearance in the arena at Grand Mix Fight 2009. 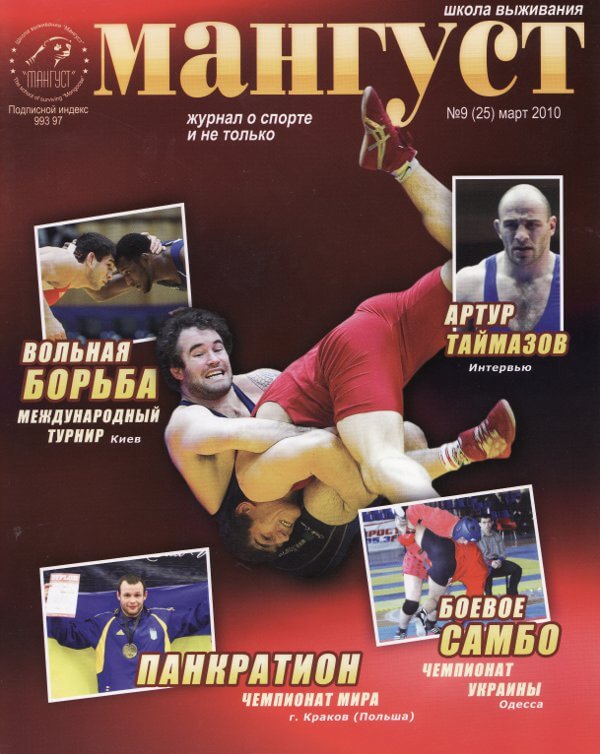 The second Grand Mix Fight tournament was not long to come. It was held at the city's circus in April 2010. The event drew the attention of many people. Another sell-out, another success! Mix fight was growing increasingly popular. That summer we dared to do what seemed to be impossible: we got an idea of arranging a tournament in the legendary Genoese fortress in Sudak (eastern coast of Crimea). Despite much dissuasion and pessimistic forecasts, we still insisted on organizing this tournament. We decided to call it the Genoese battle. Pessimistic forecasters turned out to be right to some extent: we did have difficulties when arranging this outstanding event. For instance, it took nearly two days to set up the fight arena. But the result was worth the effort we made! The tournament was tremendous indeed. This is something to be proud of and to tell children about. It proved to be really breathtaking! Just imagine: the tournament was held under the sunny Crimean skies in the historically significant place where real battles occurred many years ago! The event was attended by tourists from the CIS countries, Germany, Belgium, Finland etc. According to our estimations, the number of visitors exceeded 5000!

On November 26, at Simferopol circus we held another Grand Mix Fight which was the fourth tournament already. This sports event is undoubtedly most exciting and enthralling. Besides, our club was opposed to the five of the best CIS fighters, and we managed to win with a score of 5:0! It was our first victory with such a score! We hope it will not turn out to be our only one, taking into consideration thorough selection we conduct on a regular basis.

Along with tournament organizing, Tornado Fight Club took part in Ukrainian М-1 Selection competition, the mix fight championship held among various fight clubs. Tornado happened to be one of the eight biggest Ukrainian clubs along with Dobro, Makfight.ua, RFP etc. It is an honour for us to compete with them!

Today over 40 sportsmen ready to fight for the honour of Tornado exercise in our club. Our staff comprises four coaches (in boxing, judo, close fighting and freestyle wrestling), because one needs comprehensive training in order to show impressive results in the fight arena. Moreover, sportsmen also pass functional and psychological training. Particular attention is paid to the younger generation.

Tornado Fight Club has its offices in almost every town of the Crimean region. Our plans for the next year include arranging an open meeting and inviting to this event professionals in sambo, judo and jiu-jitsu from Ukraine, Russia and Japan.

The club is engaged in close and fruitful cooperation with many other sports clubs, federations and organizations of Ukraine and the CIS countries. Thanks to this, our club has recently become the official representative of Combat Sambo Federation of Ukraine in Crimea. We would like to express our gratitude to its president Elhan Veliyev. We believe that our mutually advantageous cooperation will contribute much to further development of sambo and other sports in our region.

In 2011 we are planning to organize five tournaments in the Crimean region. Such competitions are sure to be hard to arrange without decent sponsorship. As you know, enthusiasm alone is insufficient driving force. In this context, on behalf of our president Vladimir Tsoy, we sincerely thank our major partner InstaForex Company and our official partner TES Corporation in the name of Sergey Beim for substantial support and contribution to professional sports development in Ukraine.

In conclusion, we would like to say that Crimea is a unique region rich in natural resources and famous for its salubrious climate. What does any sportsman appreciate most? The answer is obvious: health. So, we invite everyone to visit Crimea, this piece of paradise in Ukraine.

Back
Can't speak right now?
Ask your question in the chat.