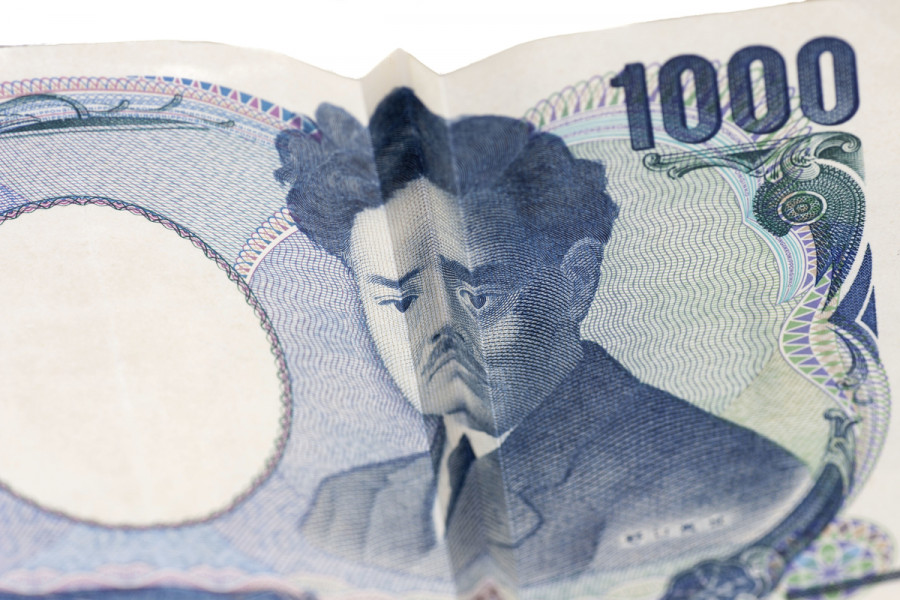 The greenback showed convincing growth on all fronts on Thursday. Its index rose by 0.12% and reached the highest value for the month - a mark of 107.6.

The Federal Reserve minutes, which were published on Wednesday, served as a powerful driver for the dollar.

The minutes of the July meeting of the FOMC showed that at this stage the majority of the members of the US central bank are in favor of continuing the aggressive monetary course.

The greenback received even greater impetus yesterday after an interview with the president of the Federal Reserve Bank of San Francisco, Mary Daly.

The official told CNN reporters that it is still too early to declare a victory over inflation and it would be appropriate to raise the interest rate by 50 or even 75 bps in September.

Recall that after the release of the minutes, futures markets took into account the fears of FOMC members about the impending recession and reduced the likelihood of raising rates by 75 bps next month up to 40%.

However, Daly's comment stirred up the water again. For many, it has become obvious that we should not completely rule out the possibility of a third consecutive increase in rates by 75 bps.

Despite the risk of a slowdown in economic growth and an easing of inflationary pressures in July, the Fed may once again deliver a hawkish surprise. Such a scenario is very fertile ground for the dollar.

Increasing pressure on the JPY

The discrepancy between the US Fed's aggressive stance and the ultra-loose monetary policy of the Bank of Japan has led to a serious drop in the yen this year.

The JPY has fallen 15% against the dollar since January. This is the strongest decline of the Japanese currency against the USD since 2013.

Despite the recent recovery, the yen is still struggling to come off a 24-year low. And apparently, in the near future it will not shine.

Strengthening hawkish sentiment on the Fed's future strategy pushed USD/JPY yesterday to a 3-week high of 136.38. 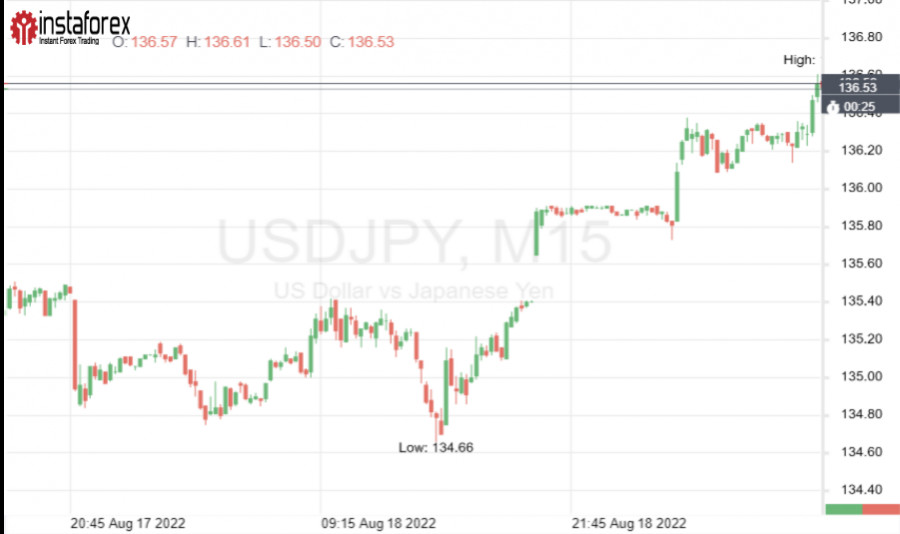 This morning, the asset continues to move steadily upward to a monthly peak of 137, as additional pressure on the yen comes from the release of inflation statistics in Japan.

As the report showed, inflation in the country continues to remain above the BOJ target, which is 2%. In July, the core consumer price index on an annualized basis jumped to 2.4% against the June value of 2.2%.

This is the highest figure since the end of 2014. The inflation rate in Japan has risen for the past four months in a row.

Despite the fact that price pressure continues to increase, this is unlikely to force the BOJ to change its rhetoric.

Today, the Japanese central bank is the only one among the major central banks that still adheres to dovish tactics.

While its peers are actively fighting inflation by raising interest rates, the BOJ keeps the figure at an ultra-low level of 0.1%.

The head of the Japanese central bank, Haruhiko Kuroda, has repeatedly stated that the current inflation is due to rising commodity prices, which indicates its temporary nature.

In addition, inflation in Japan remains relatively low compared to other major countries. For this reason, Tokyo is in no hurry to raise interest rates so as not to harm its already fragile economy after the COVID-19 pandemic.

Fighting inflation Japan is now helping government measures to limit price increases. Through this, and through planned wage increases, the authorities hope to generate robust consumer demand that should help the economy recover.

Nevertheless, experts believe that wage growth, no matter how strong it may be, will not be able to catch up with inflation, which risks accelerating to 3% by the end of the year.

Japan is forecast to see further depreciation of the yen, an increase in the cost of living and a significant reduction in consumer spending until the BOJ begins to take really effective measures to combat inflation.