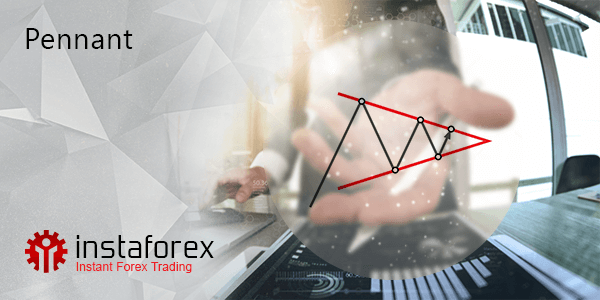 The Pennant pattern is a well-known pattern that is widely used in technical analysis. This figure is regularly found on trading charts of almost all currency pairs.
The development of Pennant on the trading chart indicate continuation of the trend.

The Pennant pattern is a well-known pattern that is widely used in technical analysis. This figure is regularly found on trading charts of almost all currency pairs.

The Pennant pattern can be both bullish and bearish. For a bullish pennant, a flagpole is directed upwards with a pennant at the highest point. A bearish pennant has a flagpole directed downwards with the formation of an angle at the lowest point of the trend. 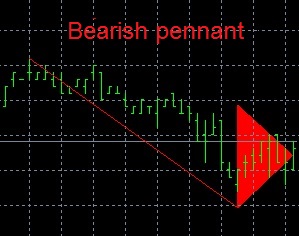 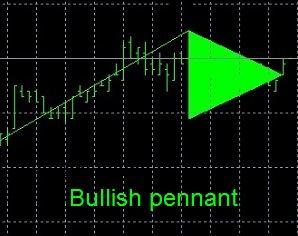 The Pennant pattern starts with a flagpole in the form of a series of candles that go in the same direction. This can be a trend or a simple price impulse. Further close monitoring of the market immediately after reaching the lowest point of the bearish trend (the highest point of the bullish trend) allows us to determine the formation of the final part of the pattern - a symmetrical triangle. Note that the Pennant pattern is forming relatively quickly. At the moment when the two lines passing through the highs and lows quite sharply converge towards each other, forming a small triangle, we can safely say about the formation of the Pennant. 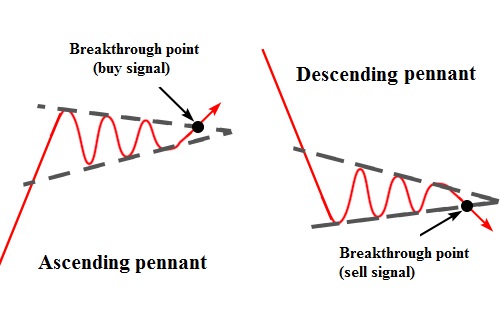 The proper time for entering the market is the moment when the price breaks through the Pennant line that forms a triangle in the direction of its main trend relative to the flagpole.