Approaching the year end, InstaForex hosted a traditional finance exposition under the ShowFx World brand. The expo in Kyiv is fairly considered a landmark event of the year. This time, a large number of visitors proved keen interest in Forex. The two-day expo in Regency Hyatt Kiev was visited by almost a thousand people. There are a few reasons behind this huge success. The first one is well-known speakers. InstaForex was represented by analysts Aleksandr Davydov and Mikhail Makarov as well as Regional Development Manager Sergey Aleksandrov.

As usual, Aleksandr Davydov expanded on global burning issues. He spoke about how a new economic policy in the US could influence the global economy. Besides, the analyst made his own forecast for currencies of emerging economies for 2017.

On the contrary, Mikhail Makarov focused on a practical issue. In his presentation, he shared two major secrets of steady success on Forex with the guests. The analyst put a high priority on the ability to develop one's own trading system which should be supplemented with wise risk management. The expert revealed both secrets, going into detail and answering questions from the audience.

Sergey Aleksandrov addressed his speech to trading practitioners who are eager to find an extra source of income that would not hamper their forex routine. As a way out, he suggested various trading services that ensure extra benefit in parallel with trading, in particular PAMM project and the ForexCopy system. He stressed that it is experienced traders who achieve the best results in affiliate programs of forex brokers. Indeed, practitioners can train beginners to trade and gain a reward for guidance.

The grand award ceremony was a jewel in the tight program. Winners of the 7th season of the international Miss Insta Asia beauty contest were presented with their prizes. Four winners in different nominations arrived at the ceremony from Russia, Ukraine, and the Czech Republic. Anna Gementchuk from Kyiv was declared Miss Insta Asia 2016. Apart from the title of the beauty queen, she was awarded a trading account deposited with $20,000. The girl promised to start trading in the near future.

Last but not least, ShowFx World hosts did not forget about prize draws and gifts for the visitors. Taking part in InstaForex traditional prize draws, some guests won bonus certificates worth up to $1,000 and branded devices. Those, who were not so lucky to win an iPhone 7, were given books on trading and accessories from InstaForex partner, Italy's Palermo football club. 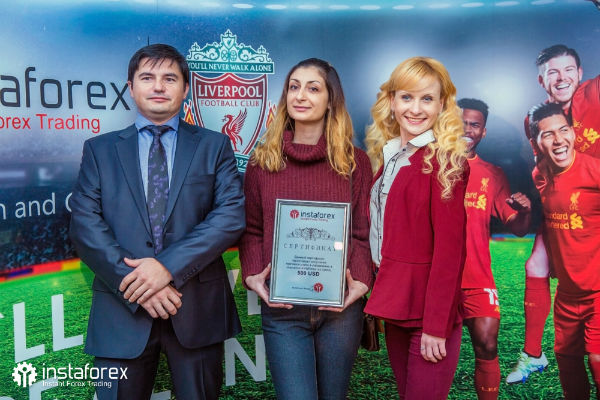