Macroeconomic reporting of the environment surprised traders with their data, but on the contrary, the market remained an adherent of the main trend. So, the inflation rate in the United Kingdom accelerated from 2.0% to 2.1%, while expecting a slowdown to 1.9%. Naturally, this kind of news had a short-term effect in favor of the pound sterling, but after which the quotation returned to its original course. The pressure from the "divorce" process of Brexit puts pressure on the market, in particular on the British currency, turning a blind eye to all other factors that arise along the way. So the European Commission called on London to explain its ideas about Brexit, since there have been no concrete negotiations between Britain and the European Union for several months now, and all of London's statements regarding the revision of the agreement were extremely ultimatum.

Today, in terms of macroeconomic reporting, we have data on retail sales in the United Kingdom, where they forecast a slowdown from 3.8% to 2.6% (y/y). What can put pressure on the pound? In the afternoon, a similar indicator will be released in the United States, where slowdowns are also expected from 3.4% to 3.2% (y/y). Along the way, data on industrial production will be released, where there is a slowdown from 1.3% to 1.2%. Statistical data for both countries do not shine positive, but referring to the general market background, the growth potential of the dollar is higher than that of the pound. 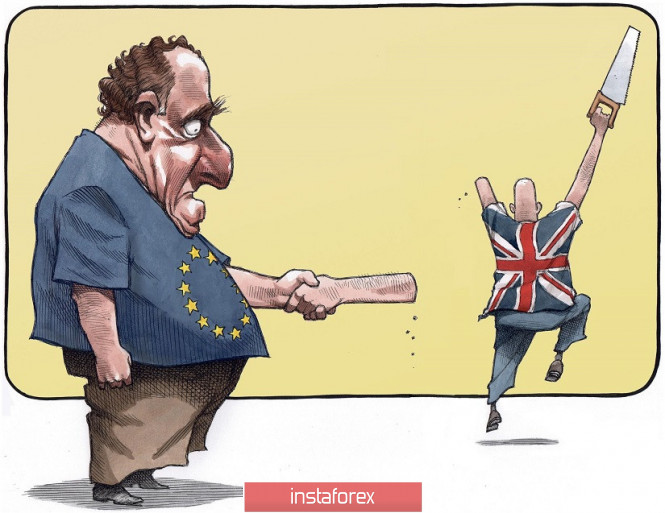 The GBP/USD pair, after a pullback from the level of 1.2000, went into a sharp accumulation phase of 1.2045/1.2100, which certainly aroused the interest of market participants. This kind of stagnation often arises due to uncertainty and, as a result, goes into sharp leaps in the market. Looking at the trading chart in general terms, we see that a downward trend is prevailing in the market, and in turn, short positions are being built up by traders, due to the aggravating situation in the United Kingdom.

It is likely to assume that at the slightest pressure of the information and news background, the current stagnation of 1.2045/1.2100 will fall and traders are advised to carefully monitor the price consolidation points relative to the existing boundaries so as not to miss the jump, which will definitely make money.

From the point of view of a comprehensive indicator analysis, we can see that indicators tend to decline at all major time intervals. It is worth considering one point that if the fluctuation within the accumulation framework persists, the indicators on the minute periods will jump erratically, which in turn misleads the trader. 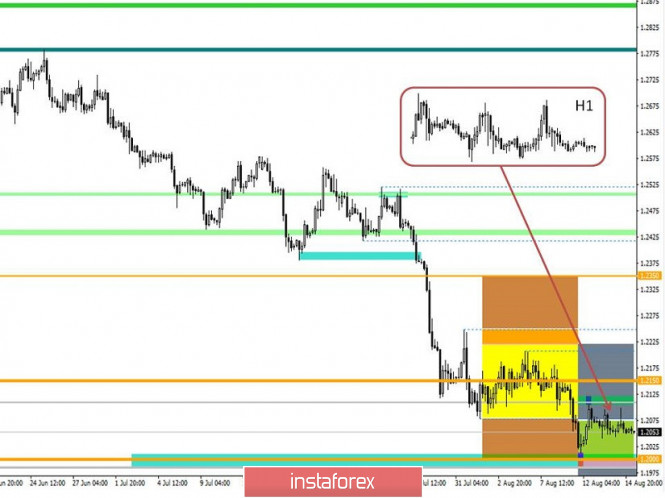