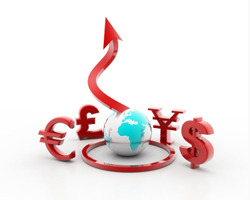 Economic forecast from the EU is due on Monday, headlining a light day for the European economic news.

At 3.00 am ET, the Czech Statistical Office is scheduled to release producer prices for April. Economists forecast producer price inflation to rise to 25.5 percent from 24.7 percent in March.

At 5.00 am ET, the European Commission releases 2022 Spring forecast.