Wave picture of the chart H4:

The direction of short-term trends sets the bearish wave algorithm from February 2. The minimum permissible proportions of all parts have been reached. 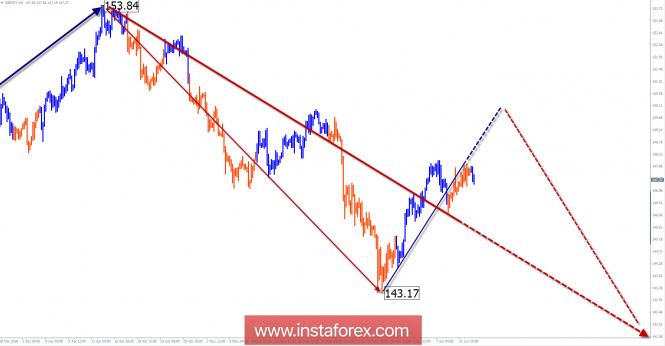 The wave pattern of the graph H1:

The bearish movement of April 13 is part of a larger wave structure. From the top of the broad support zone in the last month there was a pullback. 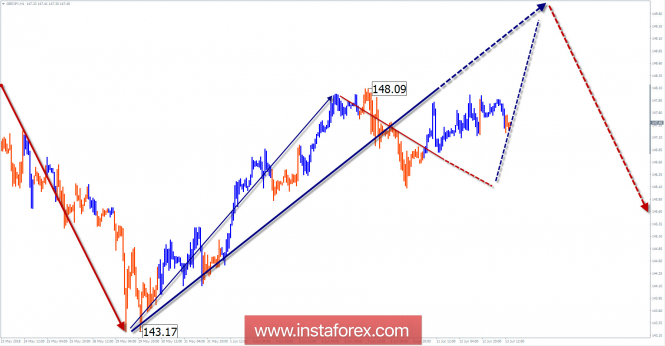 The wave pattern of the M15 chart:

The bullish wave of May 30 has a reversal potential. Formed the first part (A), there were signs of a rapid onset of counter correction (B). Further, it is worth waiting for the continuation of the recovery. 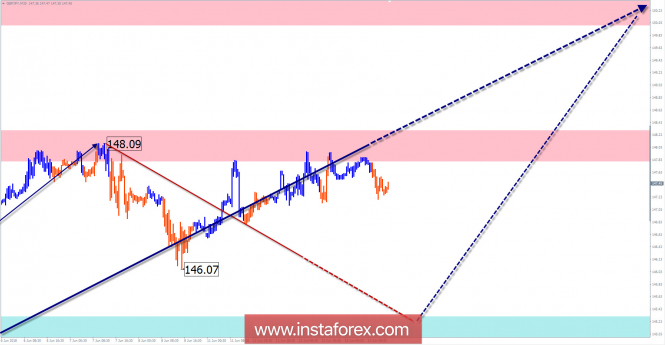 Sales with high-risk are not recommended because of the small reduction potential. In the area of the support zone, it is worth starting to track the signals for buying the instrument.

Explanations to the figures: In a simplified wave analysis, waves consisting of 3 parts (A-B-C) are used. For analysis, 3 main TFs are used, on each one the last, incomplete wave is analyzed. Zones show the calculated areas with the greatest probability of a turn.

Arrows indicate the wave counting according to the technique used by the author. The solid background shows the generated structure, the dotted - the expected movements.

Attention: The wave algorithm does not take into account the duration of the tool movements in time. To conduct a trade transaction, you need confirmation signals from your trading systems!