It seems like yesterday was supposed to be extremely quiet and calm, but the single European currency still showed a steady downward movement. Although it was not much, but against the general background it is very noticeable. The reason lies in the banal rumors and assumptions regarding today's meeting of the Board of the European Central Bank. In the morning, in various media, rumors began to circulate that Mario Draghi could greatly surprise market participants, and the scale of the rate cuts would be somewhat larger than expected. Moreover, in all these messages there was no specifics as to which particular rates were involved. Is it a deposit rate, or a refinancing rate? It's completely not clear. Some heavy statements about interest rates in general. And given that investors's nerves are already strained to the limit, this turned out to be quite enough for the single European currency to lose its position. 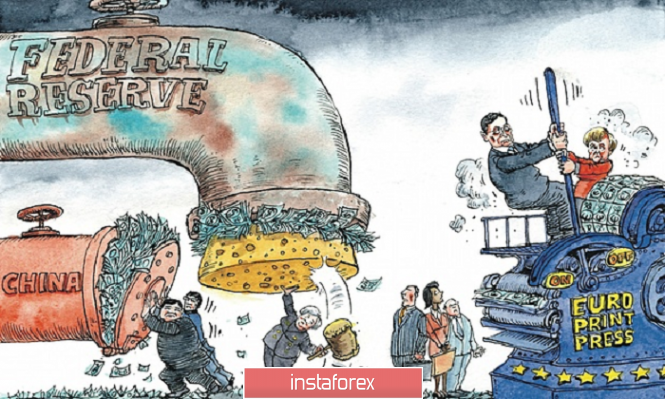 However, you should not think that the weakening of the single European currency is due solely to the information background, in the form of rumors and speculation. After only a few hours, investors received serious justification for the premature growth of the dollar, in the form of producer prices in the United States, the growth rate of which, more recently, should have slowed down. However, not only did not slow down, they accelerated from 1.7% to 1.8%.

The main event of the day is the European Central Bank meeting, following which the deposit rate might be reduced from -0.4% to -0.5%. Almost no one doubts that the regulator will make such a decision. After all, the future head of the European Central Bank, Christine Lagarde, spoke about this in plain text. Such a decision itself means that if European banks want to keep available funds in custody of the regulator, then they will have to pay even more for this than now. Consequently, banks will have to lower rates on deposits that they accept from households and companies. This will lead to a partial outflow of capital from banks, and they will be forced to seek additional financing from the European Central Bank. Which, in order to avoid aggravation of the financial situation of banks, will already be forced to lower the refinancing rate. Thus, this is only the first step to mitigate monetary, which will inevitably have a negative impact on the single European currency. 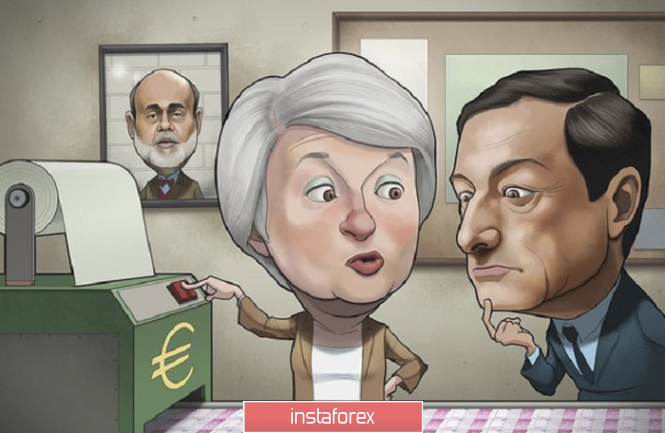 Nevertheless, the EUR/USD pair managed to break through the flat range of 1.1015/1.1065, which it held for several days in a row. The movement carried an impulsive character, but reflected a local descent, thereby the psychological level of 1.1000 could play a periodic foothold, slowing down the quote and, as a fact, forming a pullback. Considering everything that happens in general terms, we see that there was an attempt to restore the original movement and it still remains. The corrective move, which was formed amid support from record lows, may already have come to an end and there is a chance of quotes returning back.

It is likely to assume that a temporary slowdown is possible ahead of the ECB meeting, as I wrote above, but if the price is clearly fixed below the psychological mark of 1.1000, the downward move may resume.

• Long positions are not yet considered due to the large number of short positions.

• We consider short positions in case of a clear consolidation of the price lower than 1.1000, with the prospect of a move towards 1.0950.

From the point of view of a comprehensive indicator analysis, we see that at all the main time intervals, indicators imply a further decline, which confirms the general interest of the market. 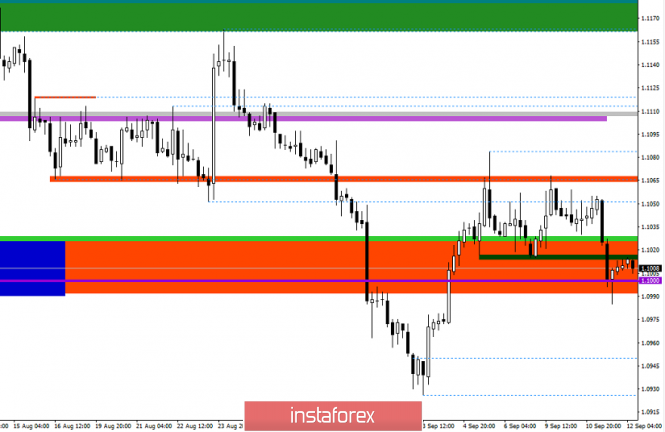