Forex Analysis & Reviews: USD tactics and strategy: we need to retreat in order to put the euro's vigilance to sleep 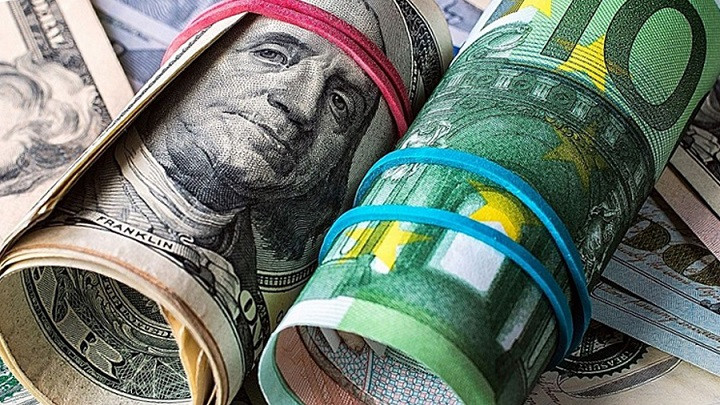 At the end of this week, the US currency partially lost its position, giving way to the European one. However, some analysts believe that this is a clever tactical move on the dollar's part. The latter has to use a withdrawal strategy to distract the attention of the euro and give it a false sense of superiority.

According to experts, the greenback can afford to retreat, since its position in the global financial arena is quite strong. A short-term redistribution of forces in favor of the euro will not prevent the USD from reaching new heights. Currently, the greenback has sunk a bit, but soon financial fortune will smile on it, experts believe.

A short-term pullback of the US currency occurred after the Federal Reserve meeting, following which the central bank increased the interest rate by 75 bps, to 2.25-2.50% per annum. This decision coincided with market expectations, although some feared aggressive steps on the part of the Fed, namely raising the rate by 100 bps. However, the central bank prefers to move gradually, believing that in this way it will be able to control inflation.

At a press conference that took place after the central bank meeting, Fed Chairman Jerome Powell expressed readiness to further raise the rate if circumstances require it. According to Powell, the scale of the next hikes may be reduced in the event of a slowdown in inflation. According to Powell, as the monetary policy is further tightened and inflation is curbed, it is advisable to slow down the pace of the rate hike.

Market participants reacted positively to this information, considering that the central bank will limit itself to raising the rate by 50 bps at the September meeting. Note that the Fed currently adheres to the toughest strategy of raising rates over the past 40 years. Earlier, after the global financial crisis of 2008, the American economy was much harder to bear even a slight increase in rates. Now the situation has improved, despite its decline by 0.9% year-on-year and the decline in US GDP.

Against this background, the EUR/USD pair remained stable and was trading near 1.0220 on Thursday, July 28. The pair managed to maintain an upward momentum for a long time, which was occasionally interrupted. The EUR/USD pair was trading at 1.0242 on Friday morning, July 29, significantly strengthening its positions. According to analysts, the pair is currently in a consolidation phase, and in the next few weeks it will remain in a wide range of 1.0100-1.0285. 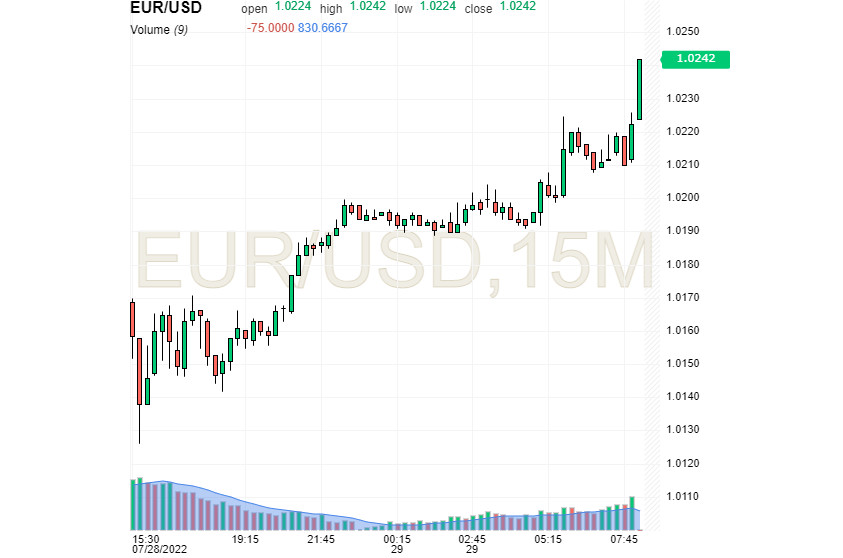 The euro made a sharp turn after the Fed meeting, taking advantage of the weakening of the greenback. This was due to the central bank's actions, which led to an increase in demand for high-yield assets, while politicians focused on curbing inflation. However, the euphoria in the markets did not last long, especially among euro bulls. Economic problems in the European Union, primarily related to gas supplies, put serious pressure on the euro. The cherry on the cake was the fall of the EU economic sentiment indicator. It should be noted that this indicator fell to 99 points in July, which is worse than the predicted 102 points. At the same time, the level of consumer confidence in the eurozone decreased to -27 from the previous -23.8.

An additional factor of pressure on the euro was the preliminary assessment of the German harmonized consumer price index. In July, this indicator showed an increase of 8.5% Y/Y, which is higher than the previous value of 8.2%. At the same time, the annual CPI of the eurozone was 7.5%. Against this background, the EUR/USD pair fell to a threatening low of 1.0113 ahead of the release of macro data from the US, but later managed to recover.

The US monetary authorities just published the first estimate of GDP for the second quarter, which did not meet market expectations. The reason is the contraction of the American economy by 0.9% in annual terms. According to current reports, US GDP has been declining for the second consecutive month. In such a situation, experts declare the onset of a technical recession.

Many economists are sure that at the moment the US economy is gripped by this kind of recession. However, the volume of decline in the American economy (by 0.6% over the past two quarters) is not so frightening compared to the European one. According to analysts, this failure is the result of budget cuts, not a consequence of higher rates. Recall that changes in monetary policy are not immediately noticeable, but their effect manifests itself in about six months. According to the results of the fourth quarter of 2022, you can see the results of current decisions, experts summarize.

In such a situation, the Fed is able to sharply slow down the pace of rate hikes and quickly move to easing the monetary policy. However, this is unlikely now. High inflation, which the central bank is struggling with, requires a tight monetary policy. If negative trends increase in the first quarter of 2023, the US economy may plunge into recession, analysts warn.

2233
Can't speak right now?
Ask your question in the chat.