The Piercing Line pattern is opposite to the bearish reversal pattern Dark Cloud. The bullish reversal pattern Piercing Line appears when a downward trend prevails in the market. It is a two-candlestick pattern. The first candlestick is black and it indicates a downtrend. The second one is long and white. It opens on a new low and then closes above the midpoint of the first candlestick.

How to indicate Piercing Line:

The white candlestick determines a closing price slightly higher than the midpoint of the price range of the previous black candlestick. It is a sign that the price has reached the bottom of a downtrend.

The second white candlestick must close slightly higher than a midpoint of the price range of the previous black candlestick. Otherwise, it is better to wait for a signal that confirms a bullish trend.

When analyzing the Piercing Line pattern, traders should look for the Paper Umbrella or Hammer lines which indicate a trend reversal. Sometimes, one candle penetrates into the body of another. In this case, the first one maintains the bullish character.

The piercing candle is also similar to the Thrusting Line continuation pattern as well as to such candle patterns as In Neck Line and On Neck Line. 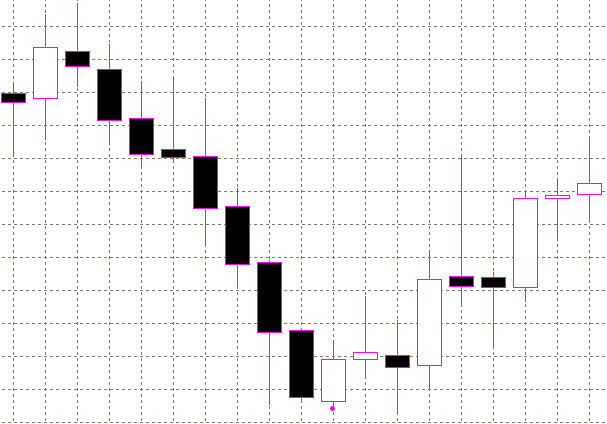