The Three Inside Up and the Three Inside Down confirm the Harami model as the first two days of these two patterns are the Harami itself. The third day of the pattern confirms the closing price in any trend, bullish or bearish.

The Harami in the bullish market is followed by a higher close of the third day and indicates the Three Inside Up formation. The bearish Harami with a lower closing price turns into the Three Inside Down pattern.

1. First, the Harami pattern should be recognized on the chart.

Being the confirmation of the Harami pattern, the models point to the successful Harami formation only if the price moves in the expected direction.

The patterns are as flexible as the Harami. The size and intensity of the second candle can make the models weaker or stronger. 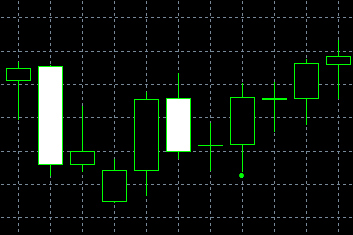 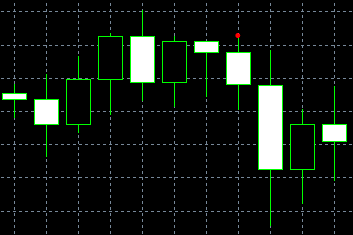