At the beginning of February the InstaForex team showed incredible fortitude in conquering the race route within the framework of the Dakar 2021 rally. The pilots were among the five strongest crews in the truck category. However, this is only the start of the conquest, and the success of the racers under the aegis of InstaForex does not end here. At the end of February another racing crew sponsored by InstaForex fought for the title of world champion Diriyah Formula E Race 2021. 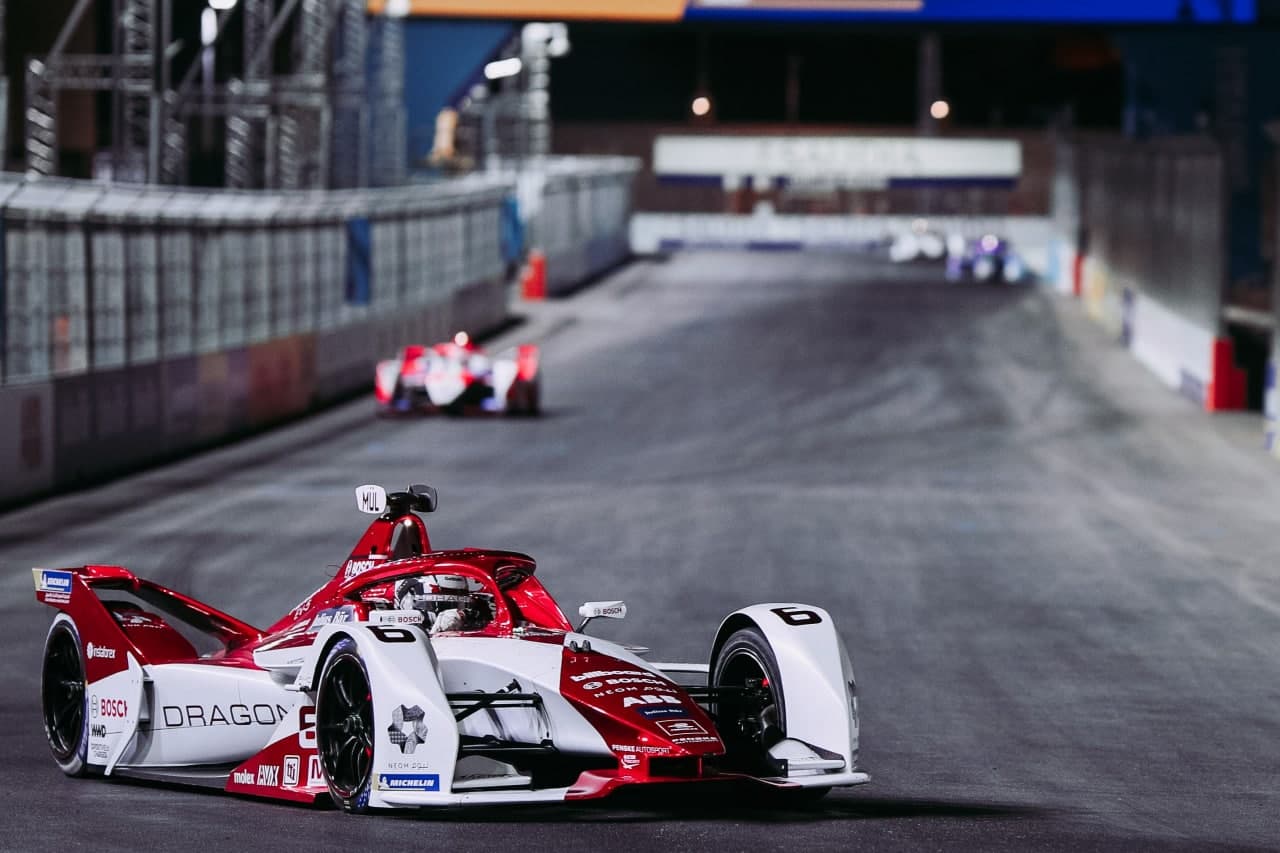 A bit of history

Formula E is an FIA championship that features race cars that run solely on electricity. Despite critical sentiment at the start of the race, the seventh season of Formula E was elevated to the world championship. Some truly great drivers had previously battled to win in electric cars for years. Tough competition, superior organization, and a well-designed race course in the features of the locality have changed the opinions of critics and those unfamiliar with motorsports before.

Today Formula E is an IT championship of the future with fierce competition, excellent arrangement, and inner-city race tracks passing by top landmarks. Today, the championship changes critics’ views and makes those unfamiliar with motosports to fall in love with the race.

InstaForex supports manufacturers’ aspiration to achieve a breakthrough in global engineering. That is why the company has been cooperating with the American DRAGON/PENSKE AUTOSPORT team almost since the very existence of the race – for the last five seasons.

In 2014, the American and British auto racing team, DRAGON/PENSKE AUTOSPORT, became one of the three founding teams of the FIA Formula E Championship. During the inaugural 2015 season, the team finished second in the overall standings. It won its first Formula E races in Germany and Mexico in 2016 and 2017 respectively.

DRAGON drivers compete with Mercedes, Porsche, Jaguar race cars on electric vehicles equipped with their own power units under the Penske Autosport brand. The engineering and technical staff of the team is one of the best in the world. Having 185 years of racing experience as a group, the team won in 220 races and clinched 17 championship titles. 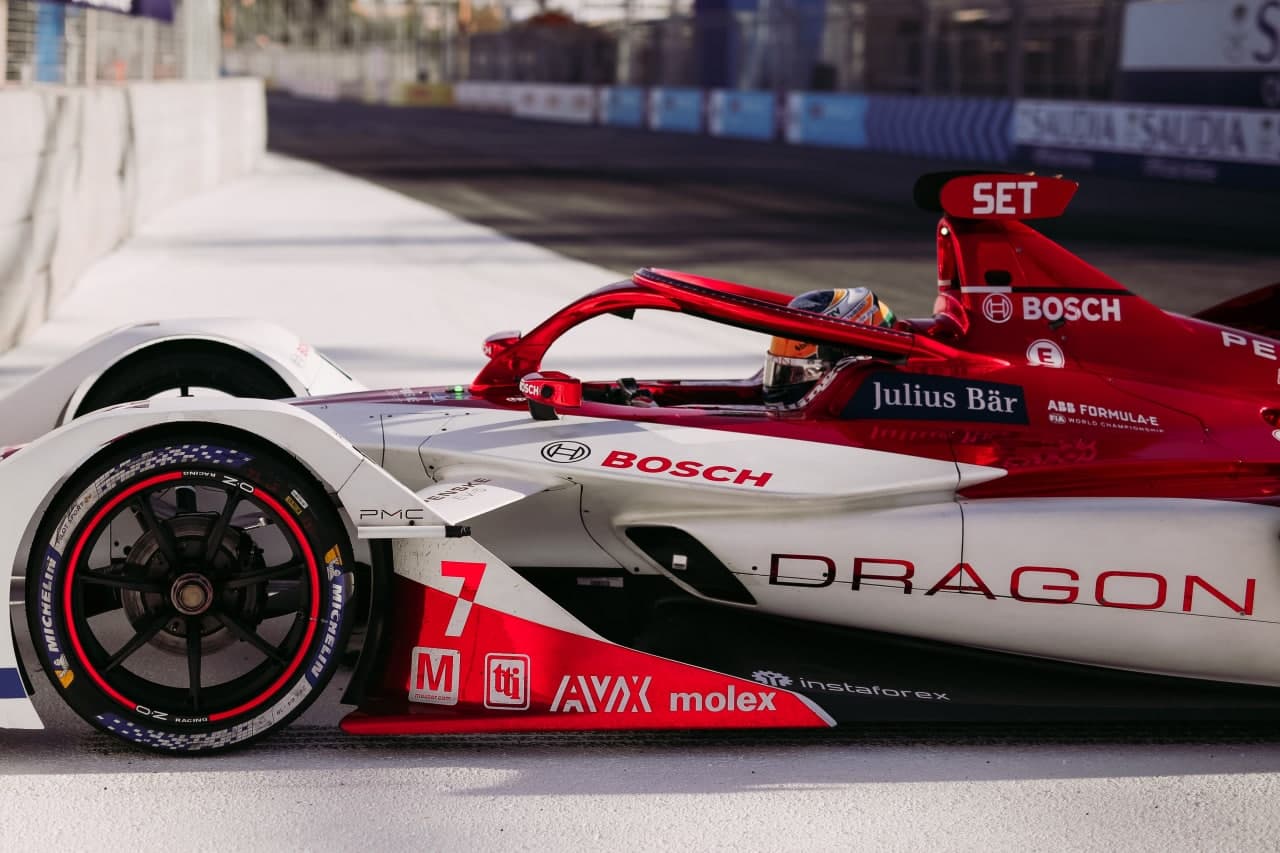 The team`s main driver is the outstanding Swiss driver Nico Müller, who will spend season 7 of the championship together with the team`s new driver, the Brazilian Sergio Sette Camara.

Nico Müller started his racing career in a single-seater in 2008 in Formula Renault. Here, the young Swiss driver took first place in the 2009 Swiss Formula Renault competition in the Jenzer Motorsport team, winning prizes in each of the 12 races.

Another member of the race crew is Sette Camara. He`s new to the team, but has already achieved impressive results. He performed brilliantly in the Rookie Test and finished second in the annual Marrakesh Rookie Test. The pace and speed with which he adapted to the rigors of racing impressed crew chief Jay Penske.

The qualifying race for the new season in Valencia back in November gave an indication of how tough the upcoming battle would be. As most of the competitors show results that differ no more than three quarters of a second.

On February 26 and 27, in the 7th season of the ABB FIA Formula E World Championship, the outstanding drivers of motorsport will battle with 12 teams, including 24 of the best drivers in the world of motorsport.

Team Instaforex rider Nico Muller was on the verge of winning the Super Pole before the first round, but when Sette Camara hit the wall in the last corner, yellow flags were thrown, meaning that the Swiss` time would be eliminated.

Nevertheless, both drivers were ahead of Super Pole in the second round. Muller dropped to sixth place before his Brazilian teammate posted a good time in second. "I felt we had the potential to be on the Super Pole", he said. "It`s hard to believe after Berlin, and I really wanted to prove to everyone that DRACON could be there". 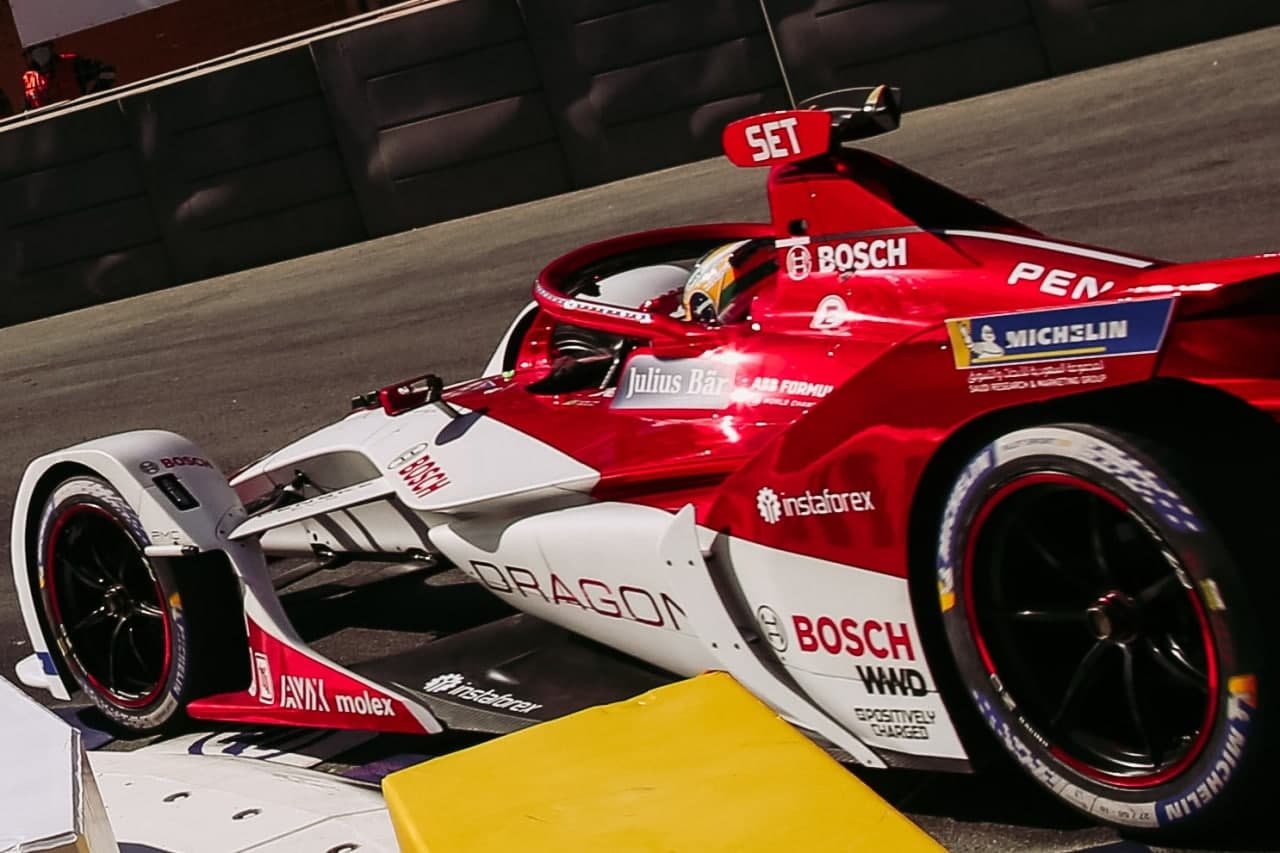 It turned out to be the team`s best singles run since the second round of the 2015/16 season in London, and his first dual score since the 2018 Punta del Este E-Prix. Their qualifying group proved favorable, but the work still had to be done on the track, where Muller and Seth Camara proved that they fight to the end even on the previous season`s electric car.

The result also meant that DRAGON was the best start of the Formula E campaign. Especially when comparing the start to the 2015/16 result. Muller believes this is just the beginning for the team.

"Finally, some good points", he said after the race. "Starting sixth, we knew it was going to be tough for us with the big Formula E guys breathing down our necks, but we executed our plan sweetly and finished seventh on the road", Nico Müller continued.

The driver also thanked the team and spectators for the crew`s good result.

The 22 points he and teammate Nico Muller have scored in Saudi Arabia are just three times less than the team`s total score in the first two seasons combined. In fact, the team earned less points in the entire 2019/20 campaign.

Sette Camara admitted he had not expected to achieve progress so quickly, especially as Dragon is among the handful of teams starting 2021 with an old powertrain before the new one arrives in `homologation slot two`.

Sette Camara and Nico Müller earned the title of "best start of a Formula E campaign" and brought home the highest DRACON score in four seasons. The top honors in the first night races of the 2021 Formula E World Championship went to Mercedes` Nick de Vries and Jaguar`s Sam Bird by a narrow margin.

The top drivers in the first night races of the 2021 Formula E World Championship were Mercedes racer Nyck de Vries and Jaguar’s Sam Byrd. They finished the race with a short gap in time between each other.

Britain`s Sam Bird won the Formula E night race in Saudi Arabia, and maintained his record as the only driver to achieve a triumph in each year of the electric series` existence. Byrd`s victory in his seventh season was the 10th of his career and the first with Jaguar.

Instaforex drivers had a strong ambition to win, to win at all costs, overcoming all obstacles. After all, this is the only way to get a real taste for life! Do you agree? Then become a part of the Instaforex team, overcome obstacles together, without stopping and without doubts that it will lead you to victory.