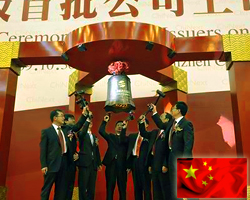 Total social financing increased to a record CNY 5.15 trillion, which was also bigger than the forecast of CNY 2.8 trillion.

The broad measure of money supply, M2 grew 10.1 percent on a yearly basis in March, faster than the 8.8 percent increase economists' had forecast.