Strong statistics on retail sales and the resistance of industrial production to external shocks have somewhat cooled the fervor of the bulls over gold. The USD index rose to weekly highs as investors understand that the US economy looks better than its competitors. If the Fed mitigates monetary policy, other central banks in the world will do the same. Moreover, the response to US foreign exchange interventions will be similar actions by other countries.

Since the beginning of the year, the precious metal has added about 10% due to the escalation of the trade conflict between Washington and Beijing and the Fed's intention to lower the federal funds rate in response to the slowing global economy. Despite strong data on retail sales and industrial production, the derivatives market still gives out a 27% chance of a 50 bp drop in interest rates at the July FOMC meeting. Jerome Powell, in a speech to bankers in Paris, said that much had changed since the global economic crisis. Central banks operate under protectionism and political pressure and must take into account feedbacks: just as the States influence the global economy, it also influences the American economy.

Indeed, investors believe in the monetary expansion of the Fed in similar actions of other central banks. Regulators from Australia and New Zealand are already lowering rates, queueing for the ECB and the Bank of England. As a result, the global debt market returns will continue to be at historically low levels, which is a bullish factor for XAU/USD. 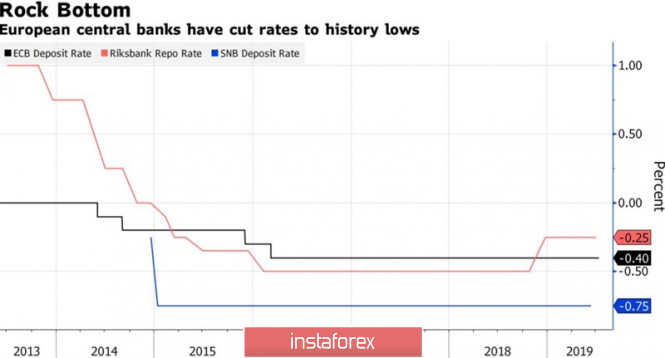 According to Deutsche Bank, if the States unleash a currency war and use currency interventions while other countries will respond similarly, then a better investment than gold will be difficult to find. Donald Trump's dissatisfaction with the allegedly competitive devaluation of the euro and the yuan has long been known but it's hard to assume that the pressure on the US dollar will be coordinated as in 2011, when several countries were selling a fairly strong yen. Thus, it is not worthwhile to exclude reciprocal currency interventions from the central banks-competitors of the Fed. The weakening of the main monetary units, coupled with the historically low rates of the global debt market, creates a favorable environment for the purchase of precious metals in the medium and long-term investment horizon.

The disappointing corporate reporting of American issuers can provide him with short-term support. Currently, the S&P 500 is growing due to expectations of a loosening of the Fed's monetary policy and low borrowing costs. Nevertheless, the slowdown in the US GDP and weak corporate results can trigger a wave of correction of stock indices and increase the demand for safe-haven assets. Bloomberg analysts predict a recession of profits with a decline over two quarters in a row, which has not happened since 2016. 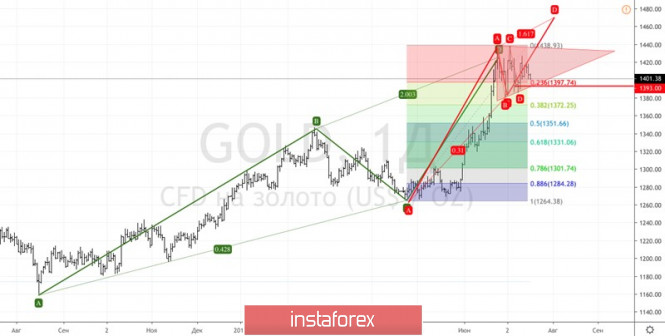