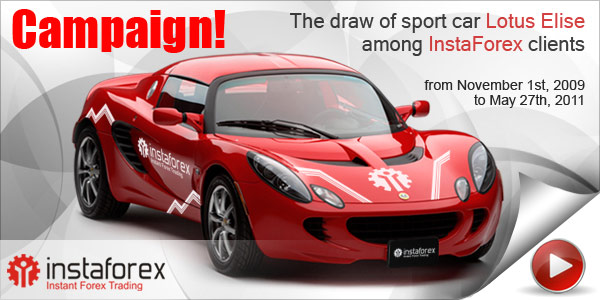 InstaForex contest and campaign administration is happy to announce the winner of “Win Lotus from InstaForex” campaign. It is Nazri Bin Zainuri from Malaysia.

The Fortune’s favourite won the main prize of the contest – Lotus Elise sport car. According to the campaign terms the winner could either choose the car, or get $75 000 to his trading account. After weighing all pros and cons Nazri Bin Zainuri chose the money.

Ten prize winners of the campaign whose account number partially coincided with the Lotus number received $200 to their trading accounts.

In case you took part in "Win Lotus with InstaForex" campaign but did not win – do not get upset! Participate in fascinating “The Fast Ride from the Best Broker” campaign and win a luxurious car from InstaForex.

“Win Lotus from InstaForex” campaign was run within the series of contests and campaigns from InstaForex Company with total annual prize fund exceeding $500 000. If you are InstaForex client you can obtain a part of this sum!