On February 12, Norwegian biathlete and InstaForex brand ambassador Ole Einar Bjørndalen took the bronze in the pursuit race at the world championship 2017 in Hochfilzen.

This day is especially memorable for the renowned biathlete because his wife Darya Domracheva, a successful biathlete from Belarus, came in the second best in the same discipline. Interestingly, they have been the first couple since 2004 who won medals at a world championship on the same day.

Competing in winter tournaments since 1997, Ole Einar Bjørndalen has always won a crop of trophies in every event. Throughout his career, his tally of awards contains 45 medals at the biathlon world championships and 13 medals at the Winter Olympic Games. He scored his first major victory 20 years ago. He also won the bronze medal in the pursuit race.

Our sincere congratulations to Ole Einar Bjørndalen on his first win this season! Follow achievements of the King of Biathlon with InstaForex! 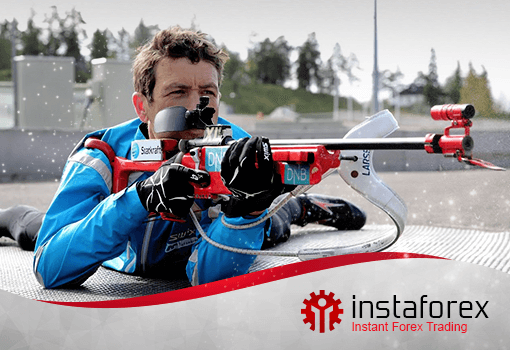