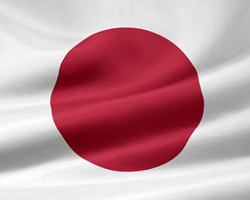 The Japanese yen erased its early losses against its major opponents during the Asian session on Thursday, after the Bank of Japan kept its monetary policy unchanged and raised the growth projections.

The board voted 7-1 to retain the interest rate at -0.1 percent on current accounts that financial institutions maintain at the central bank.

The bank will continue to purchase necessary amount of Japanese government bonds without setting an upper limit so that 10-year JGB yields will remain at around zero percent.

Compared to October outlook, the projected growth rates were somewhat higher, mainly for fiscal 2021, reflecting the effects of the government's economic measures in particular. The projected rates of increase in the CPI were more or less unchanged.

The bank noted that risks to both economic activity and prices were skewed to the downside, mainly due to the impact of Covid-19.

U.S. President Joe Biden was sworn into office on Wednesday.

The yen advanced to a 2-week high of 103.33 against the greenback from yesterday's closing value of 103.53. The yen may possibly challenge resistance around the 100.00 level.

Looking ahead, the European Central Bank will announce interest rate decision at 7:45 am ET. The ECB is expected to hold its main refi rate at a record low zero percent and the deposit rate at -0.50 percent.

Canada new housing price index for December, U.S. weekly jobless claims for the week ended January 16 and housing starts and building permits for December are due out in the New York session.

Eurozone flash consumer sentiment index for January is set for release at 10:00 am ET.