September meeting of the Federal Reserve: a preview

By tradition, the Federal Reserve takes key decisions only at those meetings, after which a press conference of its head is provided. Next year, this pattern may go down in history: as stated by Jerome Powell, he plans to communicate more often with journalists – literally after each meeting of the central bank's members. But so far, traders can focus on the current "rule": both Powell and Yellen, and their predecessors preferred to explain their position after the Fed changed the parameters of monetary policy.

By the end of this year, there will be three more meetings of the central bank (today, November and December) – and only after two of them the Fed head will hold a press conference. This means that traders can only rely on these meetings, in the context of a possible tightening of monetary policy. In general, this fully coincides with the expectations of the market: the probability of a rate increase at today's meeting is 100%, in December – 79%. Such a high degree of expectation imposes a great responsibility on the regulator, since any deviation from this scenario will cause greater volatility in the foreign exchange market. 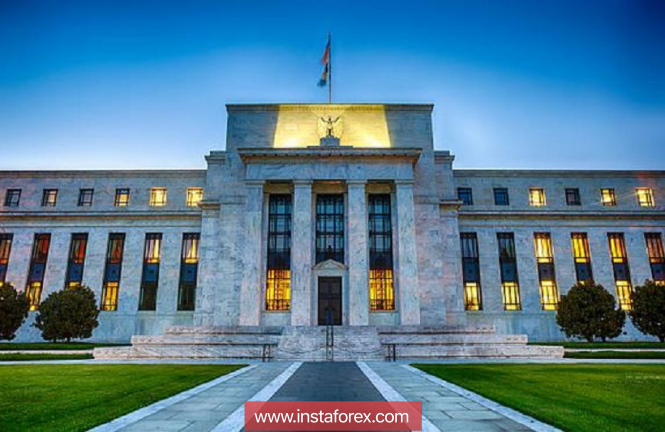 There is no doubt that the Fed will raise the rate to 2.25% today. This fact is fully taken into account in prices, and is likely to be ignored by the market. The main intrigue lies in the further intentions of the regulator, and this applies not only to the issue of the December increase. If we consider the situation more generally, it is not so important – whether the rate will be increased to 2.5% at the December meeting or the event will be postponed to March 2019.

Undoubtedly, in the context of the medium-term market, this decision will cause strong volatility and a significant decline in the dollar throughout the market. But still, the bigger question is when the Fed will pause the process of normalizing monetary policy - in other words, when the interest rate reaches a neutral level – looks more ambitious. Let me remind you that the neutral level of the rate, on the one hand, does not accelerate the economic growth of the country, but it does not restrain it either.

According to some experts, the Federal Reserve will reach this target at the end of next year, so certain hints about this can be heard at the next meetings. In the first half of the year, most Fed members said that the level of the neutral rate is "about three percent". If we follow this scenario, then we expect another two or three rate hikes (not counting today's), after which the regulator will take a wait-and-see position.

But there is another opinion of experts who believe that the regulator will have to raise rates for another year and a half. This position is due, in particular, to the strong growth of the oil market (quotes have already updated the four-year high). In addition, the ongoing US-China trade conflict may lead to a significant increase in prices for a number of goods, which in turn will lead to an increase in inflation indicators. According to this scenario, the interest rate will be increased to three percent in June next year. Then everything will depend on the dynamics of inflation – if the main indicators significantly exceed the forecast levels, the regulator can raise the rate to 3.25% in the autumn of 2019 and to 3.5% in the spring of 2020.

In my opinion, the closer the rate will approach the three-percent level, the stronger the issue of a neutral rate will affect the dynamics of the market. Jerome Powell, speaking in Congress this summer, said that the members of the regulator have not yet answered the question - where is this level. If today the head of the Fed will announce certain signals in this direction, they will be of great importance for the market.

Of course, today the market will focus primarily on the issue of short-term prospects - whether the Fed will raise the rate at the last meeting this year or not. Depending on the tone of Powell's rhetoric, the market will make its conclusions, after which the dollar will go in one direction or another. Here it is necessary to understand that the head of the Fed is unlikely to hint transparently and even more so to speak directly about the intentions of the Federal Reserve regarding the December increase. Therefore, traders will be forced to independently analyze its overall position, assessment of the economic situation and foreign trade risks. As a result of his press conference, the final conclusion will be made on this issue - the probability of a rate hike in December will either increase to 90%, or largely decrease, along with the dollar index.

Jerome Powell has arguments for both caution and optimism. The negative impact of the US-China trade war and the slowdown in August inflation could affect its position accordingly. On the other hand, Powell repeatedly "turned a blind eye" to the slowdown of certain key indicators, unless, of course, their dynamics acquired the character of a trend. Therefore, it is now difficult to talk about which line of behavior the head of the Federal Reserve will choose.

Most likely, Powell will positively assess the latest trends in the US economy, ignoring the decline in the consumer price index – but at the same time will take a cautious position in forecasting the Fed's subsequent actions. Such a dual position can be negatively perceived by the market, as the probability of a rate hike in December is too high to show indecision even of a "silent" nature.

Technically, the bulls of the EUR/USD pair still need to hold the price above 1.1660 - in this case, the probability of the upward trend remains high, according to the signals of trend indicators. The approximate target of the upward pulse is 1.1880 (the upper line of the Bollinger Bands indicator coinciding with the Kijun-sen line on the weekly chart). If at the end of today's meeting the EUR/USD price is fixed below 1.1660, the upward trend will lose its relevance, as bears will seize the initiative on the pair.