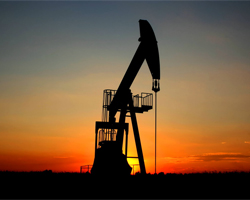 Oil prices fell over 1 percent on Tuesday after surging in the aftermath of drone attacks on two major oil facilities in Saudi Arabia.

Benchmark Brent crude declined 1.45 percent to $68.02 a barrel while West Texas Intermediate futures were down 1.4 percent at $61.78 a barrel.

Oil soared as much as 20 percent at one point on Monday after the devastating attacks that knocked out 5 percent of global crude supply.

The rally halted today after the United States hinted at the possible release of crude reserves.

In addition, investors await updates regarding the resumption of operations in Saudi Arabia.

Earlier, it was expected Saudi would be able to restore some of its major output facilities within days. The Bloomberg said later, quoting officials, that it would take weeks or even months.

Meanwhile, U.S. President Donald Trump said that Washington was ready to respond to the strike but he would "like to avoid" a military conflict with Tehran.

"That was a very large attack and it could be met with an attack many, many times larger very easily by our country, but we are going to find out who definitively did it first," Trump said.