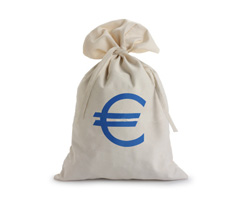 At 2.00 am ET Friday, Destatis is scheduled to issue Germany's retail sales and import price data. Economists forecast retail sales to fall 14.3 percent on year in April, much bigger than the 2.8 percent drop reported in March.

The euro traded mixed against its major counterparts before the data. While the currency rose against the greenback and the franc, it dropped against the yen. Against the pound, it held steady.