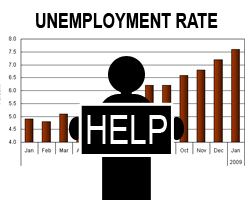 After an early move to the downside, treasuries showed a significant turnaround over the course of the trading day on Wednesday.

Bond prices climbed well off their early lows and firmly into positive territory. As a result, the yield on the benchmark ten-year note, which moves opposite of its price, fell by 2.2 basis points to 1.645 percent after reaching a high of 1.693 percent.

Treasuries initially extended their recent downward move after the Labor Department released a report showing first-time claims for U.S. unemployment benefits slid to their lowest level in over fifty years in the week ended November 20th.

Economists had expected jobless claims to edge down to 260,000 from the 268,000 originally reported for the previous week.

With the much bigger than expected decrease, jobless claims fell to their lowest level since hitting 197,000 in November of 1969.

Selling pressure waned over the course of the morning, however, potentially leading to some traders to pick up treasuries at reduced levels as the ten-year yield reached its highest intraday level in six months.

The turnaround in the bond market also came amid the release of slew of U.S. economic data in addition to the weekly jobless claims report.

The Commerce Department released separate reports showing an unexpected drop in durable goods orders but an increase in new home sales in the month of October.

Another Commerce Department showed personal income and spending both increased by more than expected during the month.

Meanwhile, traders largely shrugged off the release of the minutes of the Federal Reserve early November monetary policy meeting.

While the minutes said some participants felt the Fed should be prepared to raise interest rates sooner than currently anticipated if inflation continues to run high, bond traders may have viewed the sentiment as old news.

Following the Thanksgiving Day holiday on Thursday, trading activity is likely to remain light on Friday ahead of an early close by the markets.