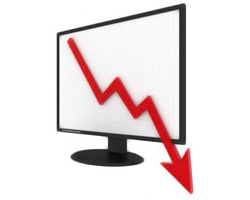 First-time claims for U.S. unemployment benefits unexpectedly increased in the week ended May 14th, according to a report released by the Labor Department on Thursday.

With the unexpected increase, jobless claims reached their highest level since hitting 222,000 in the week ended January 22nd.

The Labor Department said the less volatile four-week moving average also climbed to 199,500, an increase of 8,250 from the previous week's revised average of 191,250.

"With labor shortages still a persistent problem, we don't expect layoffs will be widespread, although job losses in the tech sector appear to be increasing," said Nancy Vanden Houten, Lead U.S. Economist at Oxford Economics.

Meanwhile, the report showed continuing claims, a reading on the number of people receiving ongoing unemployment assistance, fell by 25,000 to 1.317 million in the week ended May 7th.

With the crease, continuing claims dropped to their lowest level since hitting 1.304 million in the week ended December 27, 1969.