Forex Analysis & Reviews: Is it time for the euro to hit the brakes?

The euro has honorably withstood the test of slower inflation in the currency bloc at 10% in November than Bloomberg experts had predicted. Consumer prices are likely to have passed their peak in October, and the ECB may exhale and shift to a lower gear, which is a negative for EURUSD. To the disappointment of the bears, the major currency pair once again rebounded from support at 1.0325–1.033 and rose. Investors don't want to make any sudden moves ahead of Jerome Powell's speech, which is sure to affect U.S. stock indices and global risk appetite. 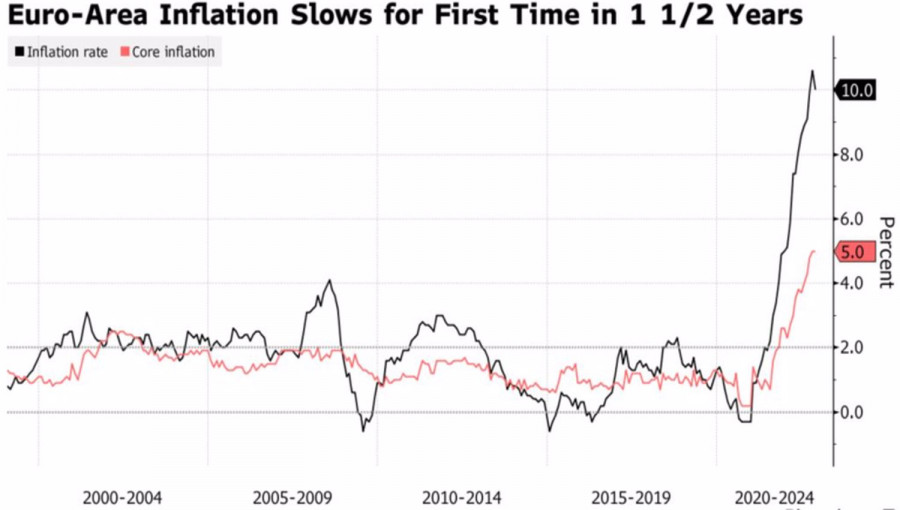 The slowdown in consumer prices from 10.6% to 10% YoY in the eurozone is a weapon in the hands of supporters of a 50 bps deposit rate hike at the last Governing Council meeting in 2022. Borrowing costs have risen 200 bps to 1.5% since the beginning of the cycle, and money markets believe it will rise another 57 bps before the end of the year. In other words, the half-point option is the preferred one for investors. Not for nothing did ECB chief economist Philip Lane say that the arguments for a giant move of 75 bps are virtually gone.

At the same time, the main reason the CPI growth rate has declined is the drop in energy costs.Core inflation has remained unchanged at 5%, which allows the hawks to insist on a continuation of aggressive monetary restraint. In their view, inflation expectations should not be allowed to persist at elevated levels, and this requires the deposit rate to be brought to a level that limits economic growth as quickly as possible.

Dynamics of inflation expectations in the US and the Eurozone 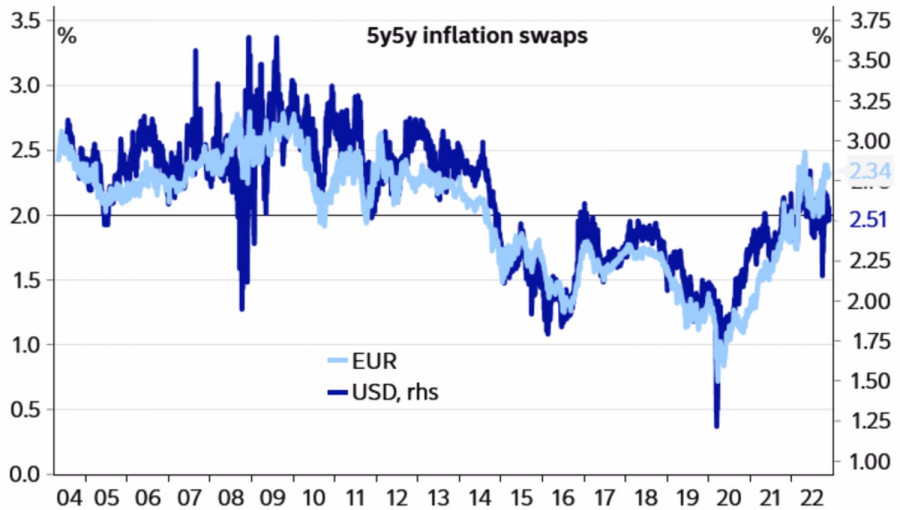 Christine Lagarde, who would have been surprised by a slowdown in European inflation, has gone not far from this position. Well, consumer prices gave the Frenchwoman the opportunity to make big eyes.

I suppose the discord between aggressive and moderate "hawks" will show itself, but, at the moment, the market is interested in Powell's speech. Will he be able to turn the U.S. stock indices down and give a new impetus to the U.S. dollar? The Fed is desperate to tighten financial conditions and other FOMC members failed to dissuade investors from their speeches that the Fed Funds rate will not drop 40–60 bps by December 2023 from its March peaks. 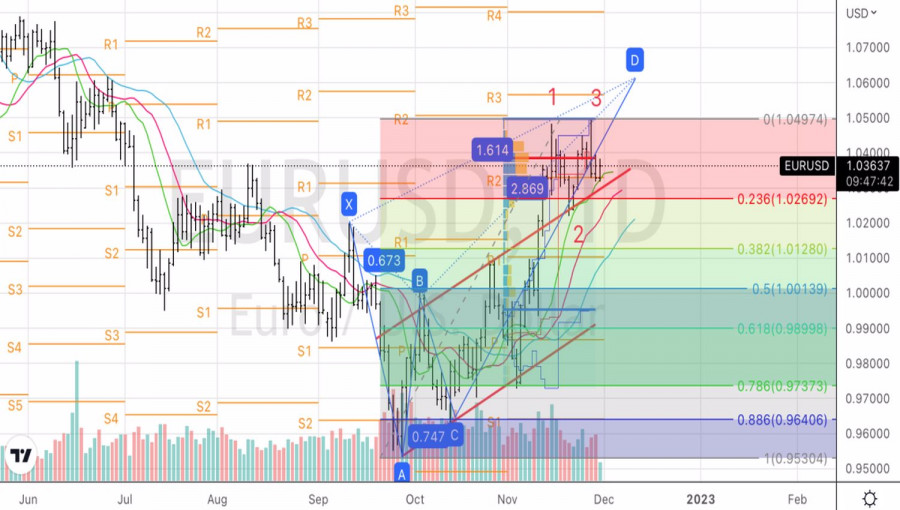 ING believes that the Fed chairman will rise to the occasion, which, coupled with a slowdown in the rate of monetary restriction of the ECB, increases the chances of a EURUSD return to 1.03. According to the company, this probability is higher than the euro rally to $1.05.

In technical terms, on the daily chart of the major currency pair, a double top indicates increased risks of a reversal in the current rally. If EURUSD storms the support at 1.0325 on the third attempt, the dive will continue and we will form shorts. On the contrary, the return of the euro above the fair value by $1.039 is a reason to open long positions in the regional currency against the U.S. dollar.

1228
Can't speak right now?
Ask your question in the chat.