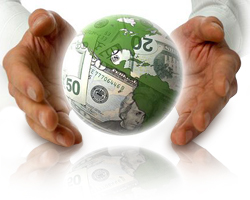 Consumer sentiment survey results from France are due on Friday, headlining a light day for the European economic news.

At 2.00 am ET, May import price data is due from Germany. Prices had decreased 7.4 percent annually in April.

At 2.45 am ET, France's statistical office Insee publishes consumer sentiment survey data. The indicator is expected to rise to 95 in June from 93 in May.

At 3.00 am ET, European Central Bank President Christine Lagarde is set to speak at an online summit organized by the European Business Leaders' Convention.

In the meantime, retail sales data from Spain is due. Economists forecast sales to fall 17.6 percent annually in May, following a 31.6 percent decrease in April.

Half an hour later, Statistics Sweden is set to issue retail sales and producer prices for May. Economists forecast sales to fall 2.1 percent on month, in contrast to an increase of 0.2 percent in April.

At 4.00 am ET, private sector credit data from euro area and manufacturing Purchasing Managers' survey results are due from Austria.

At 5.00 am ET, Italy's Istat is set to release business confidence survey data. The business sentiment index is expected to rise to 80 in June from 71.2 in May.