Dakar 2023: Loprais significantly increases his lead ahead of Rest Day

Sunday brought a trouble-free eighth stage of the Dakar Rally 2023 for Aleš Loprais and his crew. Just ahead of the Rest Day in Riyadh, the team has increased its lead in the overall classification.

On Sunday, January 8, the Dakar Rally 2023 continued from Ad Dawadimi back to Riyadh. After a night in tents and temporary accommodations of a marathon bivouac, the crews faced the eighth out of fourteen stages. The final stage before the long-awaited Rest Day was 824 kilometers long, of which 346 kilometers counted as a special stage. The route started with rocky sections followed by sand and also crossings over dunes. However, the final part featured a different challenge with devilish navigation through mazy valleys, with another sequence of dunes just before the finish line.

Once again, Aleš Loprais with Jaroslav Valtr jr. and Petr Pokora finished the stage on the podium. For the sixth time in this year’s Dakar Rally. 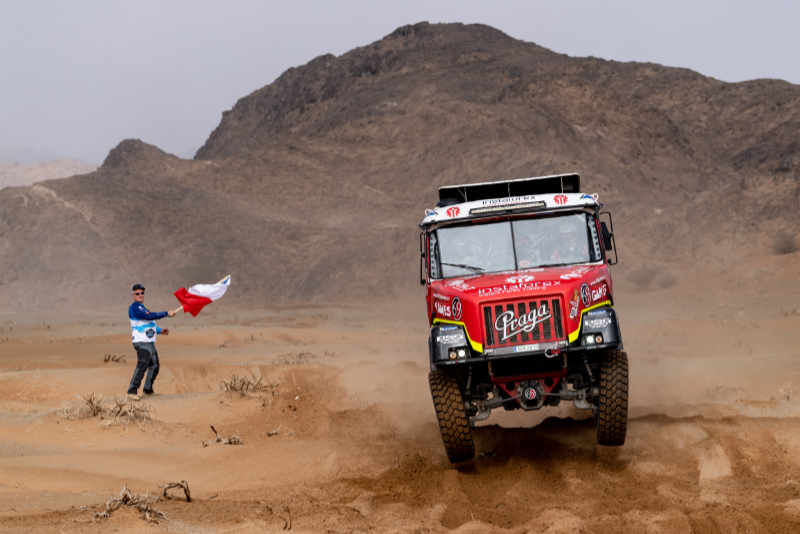 “From every angle, it was a good day for us. We had no issues and also zero problems with navigation,” Jaroslav Valtr jr. summarized the day as the crew added another successful day on their Dakar adventure.

On Sunday, the InstaForex Loprais Team secured third place in the stage standings, adding 14 minutes to their overall lead over Martin van den Brink. The Dutch driver finished only in fifth position and is now 16 minutes behind the Czech crew. That means a solid lead in the overall Trucks classification. 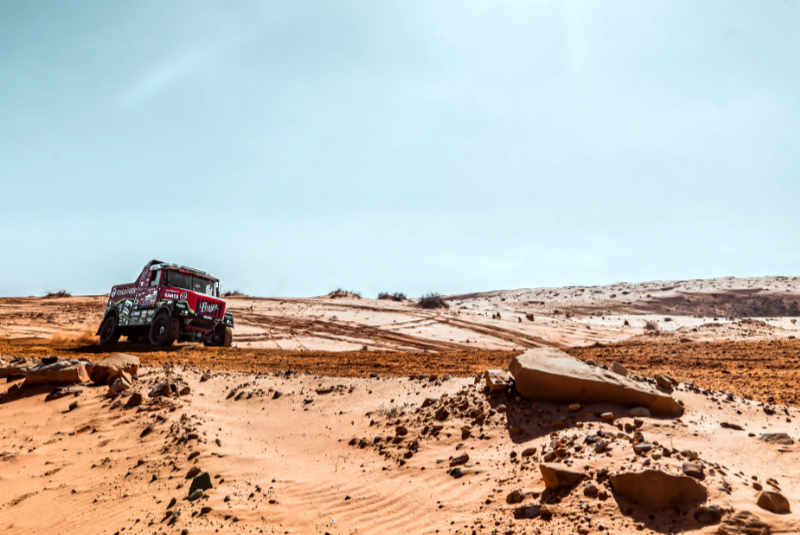 “That’s half of the Dakar Rally behind us. I’m really happy about the way it went today. Our goal was to avoid mistakes, which went well, and we finished in third place. I’m grateful for our current position. And now, the second half of the competition is ahead. And it’s supposed to be even harder. I’m curious about what the organizers have prepared for us and how we’re going to handle it. But I believe that we can,” Aleš Loprais said. 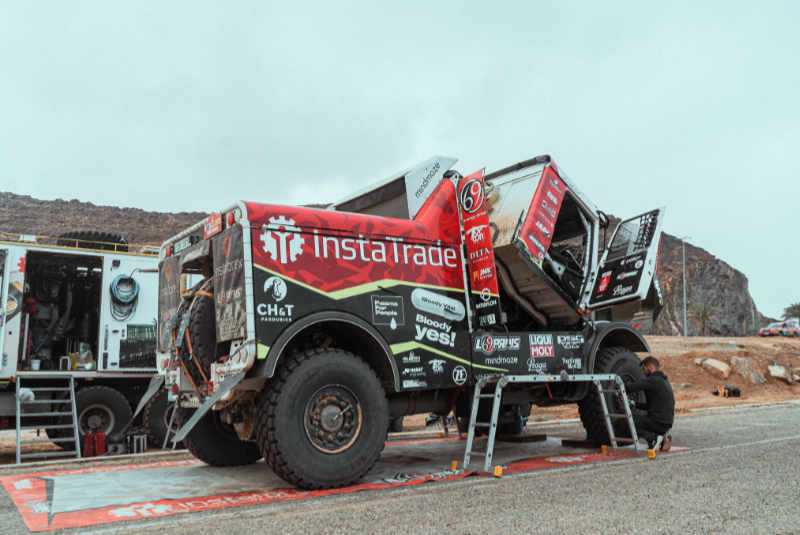 For Monday, January 9, the Dakar Rally has scheduled a day off in Riyadh. As the crews finally get some rest, mechanics will do maintenance service on the vehicles. From the Prologue, which took place on New Year's Eve, the crews have done over 5,700 kilometers, of which 3,000 kilometers were in the most demanding conditions of special stages.

“Those eight finished stages were rough for everyone. That’s why I’m going to focus on resting tomorrow, so I’m ready for the second half of the competition,” Jaroslav Valtr jr shared his plan.

To see how difficult this year’s Dakar is, just compare the overall race time from 2022 and 2023. While the Trucks category leader spent 30 hours racing in the first eight stages (for Aleš Loprais it was over 31 hours) last year, this year’s leading crew needed over 36 hours to finish the first eight stages. Excluding a 15-minute penalty in both years, that means one-fifth of the time more than just 12 months ago!

Yet, the Praga V4S DRK #508 keeps going without any hiccups thanks to the incredible work of the InstaForex Loprais Team’s mechanics and a very experienced crew that is taking care of the truck throughout the stages. Despite how challenging the racing has been so far, the Lady, as the truck is called within the team, is not expected to get any unusual service on the day off.

“We don’t plan to do anything special, but we can’t tell until we clean and thoroughly check the whole truck. However, this time, there is surely going to be more than just detailing,” Petr Pokora said.

“We’ll change all dampers, including those on the steering and the cabin. There are 12 dampers in total on the truck. The Lady is also going to get a new turbo, a hinge shaft, a windscreen, a monobloc steering, belts, an alternator, and so much more.”

All in all, mechanics face long hours of a difficult and responsible job, but the crew is very grateful to have such a skillful team of five.

“The guys are really great and so reliable. Thanks to that I’m finally sleeping this year, so I’m much less tired during the stages. And when you get at least some rest, it always reduces the risk of making a mistake,” Petr Pokora praises one of many positive aspects of having such a coordinated team.

After a day off, the competition will continue with the ninth stage leading from Riyadh to Haradh (710 kilometers in total, of which 439 kilometers count as the special stage). For the second week, the organizers have prepared another six stages of 3,217 kilometers, of which 1,303 will count as the special stages. For the first time, the competition will also lead deeper into the Rub' al Khali, also known as the Empty Quarter, where the organizers have planned four stages, including a classic Marathon stage.