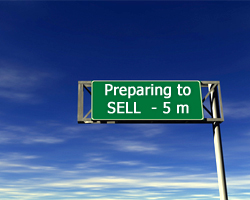 The U.S. dollar lost ground against its major counterparts in early New York deals on Thursday, as first-time claims for unemployment benefits soared to an all-time high last week amid the Covid-19 pandemic shut down in large parts of the U.S. economy.

The grim data has offset optimism over the Senate approval of $2 trillion fiscal stimulus package to mitigate the economic effects of the virus.

The bill now heads to the Democrat-controlled House for final approval on Friday.

In other economic releases, data from the Commerce Department showed that the increase in U.S. gross domestic product in the fourth quarter was unrevised from the previous estimate.

The Commerce Department said GDP increased by 2.1 percent in the fourth quarter, unchanged from the estimate provided last month and in line with economist estimates.

The greenback was down against the euro at an 8-day low of 1.0990. The pair had finished Wednesday's deals at 1.0882. Further fall in the greenback may face support around the 1.12 area.

Survey data from market research group GfK showed that German consumer confidence is set to decline sharply to the lowest in more than a decade in April as the increase in the number of coronavirus infection cases and the accompanying measures made consumers to take cautious approach.

The forward-looking consumer confidence index fell to 2.7 from 8.3 in March. The score was forecast to fall moderately to 7.7 from March's initially estimated value of 9.8.

Data from the Bank of Japan showed that Japan producer prices rose 2.1 percent on year in February.

That was shy of expectations for an annual increase of 2.2 percent and down from 2.3 percent in January.

Data from the Office for National Statistics showed that UK retail sales declined unexpectedly in February.

Retail sales dropped 0.3 percent on a monthly basis in February, in contrast to a 1.1 percent rise in January and confounding expectations for an increase of 0.2 percent.

The greenback touched 1.4066 against the loonie, its lowest level since March 17. The currency is likely to face support around the 1.33 region, if it falls again.

After rising to a 2-day high of 0.5777 in the previous session, the greenback moved down against the kiwi, reaching an 8-day low of 0.5933. The greenback may challenge support around the 0.64 area.