On Thursday, the single European currency experienced a real shock. The reason for which was the statement by the ECB representative of the Central Bank of Finland, Ren. In his speech, he actually announced a new incentive program from the European regulator, which will provide for a reduction in the deposit interest rate to minus 0.5% from the current value of minus 0.4%, as well as the purchase of government bonds worth about 50 billion euros per month. Perhaps these values will vary, the important thing is that Rene said that the incentives presented should disappoint the market. "Better to exceed expectations than not justify them," said Ren.

In this situation, the question arises as to what will happen in the future with the Euro/dollar main currency pair. Will it return to parity?

Indeed, the expected new unprecedented measures to support the European economy amid the risk of stalling it in a recession are a catalyst for the continuation of the fall of the euro in foreign exchange markets, including against the US dollar. But it is hard to say whether this fall will be valid in relation to the "American". The problem is that the Fed in the conditions of impending chaos in the financial markets, signals about the risks of a recession in the States themselves. It is unlikely to be inactive against the backdrop of an escalation of the trade war between Washington and Beijing. Although there is still no consensus among the members of the American regulator on the question of whether to continue to lower interest rates or again take a break and observe the development of the situation, the likelihood that a decision to lower rates can be made already at the September meeting is very high.

Hence, in our opinion, it was during this period of uncertainty about the Fed's real measures regarding the prospects for the level of interest rates that the Eurodollar pair will have every chance to continue to fall. Now, how deep it will be fully depends on the future actions of the Fed, and not the ECB, whose plans have already been announced in general.

As for the prospects for parity in the main currency pair, we do not yet see any reason for this. However, such a possibility can completely exclude the achievement of a trade agreement between the United States and China. In this case, the Fed may not consider the likelihood of lower rates, which will entail an even stronger fall in the pair and then, if this state of affairs continues, there is a chance that the pair will approach the level of 1.0000.

The USD/CAD pair is testing the level of 1.3300. If crude oil prices begin to recover in the wake of waiting for a new telephone conversation between Donald Trump and Xi Zhenping, then fixing the price below this mark may lead to a local decrease in the pair to 1.3200. 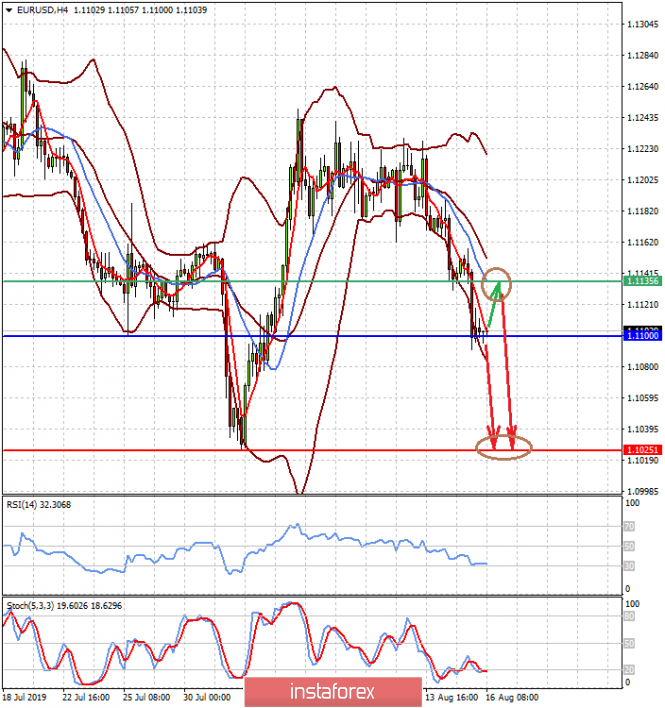 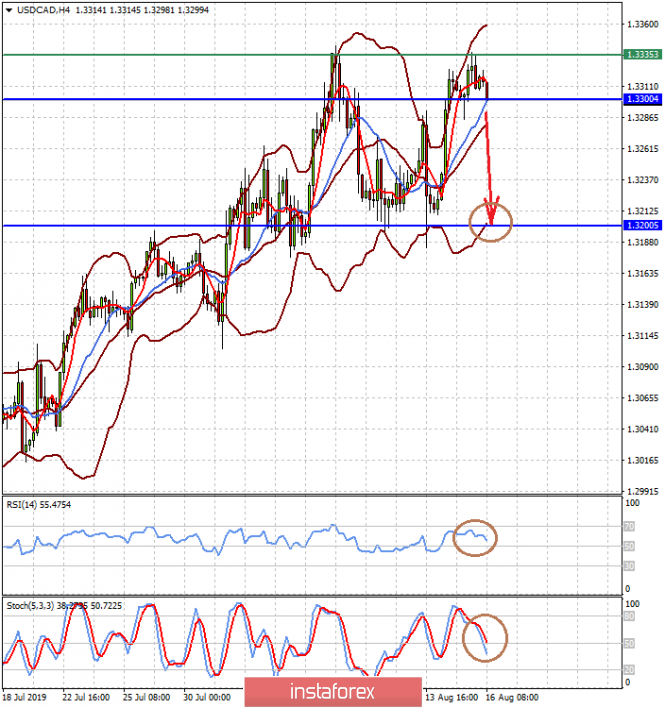