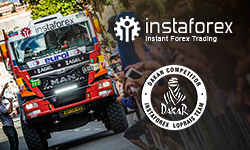 Ales Loprais'' team racked up fourth in the overall standing at Dakar Rally 2015. The off-road truck race kicked off on January 4 in Argentina's capital Buenos Aires. Participants had to complete 13 stages of the rally stretching across three South American countries: Argentina, Bolivia, and Chile. In total, the route covered 9,000 km. This year, 164 motor bikes, 48 quad bikes, 148 all-terrain vehicles, and 64 trucks took part in the rally.

InstaForex Loprais Team was struggling for the victory in the truck category. The team was competing on three trucks: MAN driven by Ales Loprais and two Tatras. Ales on his truck nicknamed Superman came third at the first stage encouraging his fans to hope for great results. Superman faced a tough challenge at the fourth and fifth stages as the team was driving through dunes the first time ever. However, despite impassable and hazardous sand, InstaForex Loprais team did everything in their power winning the seventh stage of the marathon. So, Ales and his team reached the bivouac alone without the technical support staff. Therefore, they had to carry out minor repair and maintenance on their own.

Each stage brought the team closer to the finish line in Buenos Aires securing its fourth position among the leaders in the overall standing. The final special stage of 33 km dragged out longer due to adverse weather conditions. Bikes and trucks were driving in a line ruling out overtaking because of heavy rain. To the bitter end, InstaForex Loprais team was cherishing the hope to be among the three prize takers. However, the team completed Dakar rally with the fourth result. 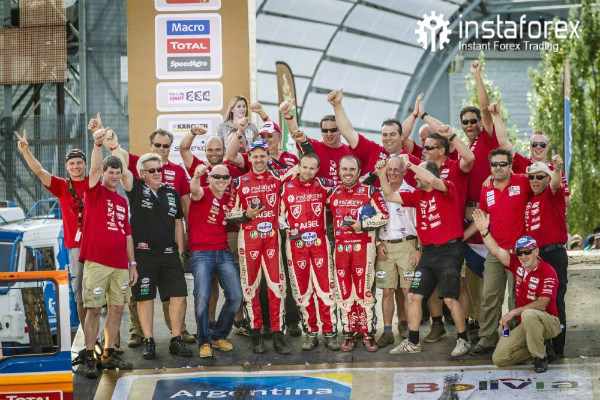 Video from the 8th stage

InstaForex team offers all clients, partners, and colleagues the heartiest congratulations on the most enjoyable family holidays, Christmas and New Year’s Eve!
Please pay attention to the changes in trading hours during Christmas and New Year's Eve holidays
InstaForex Loprais Team, a well-known race team and a regular participant in the annual Dakar rallies, will feature in the official video game series
The best time of the year is almost here.
We would like to inform you on the expiry dates of futures contracts in December 2021
Legendary German football club Borussia Dortmund and InstaForex have prolonged their partnership
View more
Can't speak right now?
Ask your question in the chat.