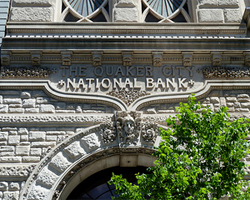 Brazil's economy shrunk in the first quarter of 2020 due to the impact of the coronavirus, or Covid-19, pandemic, preliminary figures from the statistical office IBGE showed on Friday. Gross domestic product decreased a seasonally adjusted 1.5 percent from the first quarter, when the economy expanded 0.4 percent. That was in line with economists' expectations. Industrial output fell 1.4 percent and services logged a 1.6 percent decline. Farm output grew 0.6 percent.

Exports shrunk 0.9 percent, while imports grew 2.8 percent. On a year-on-year basis, GDP fell a non-adjusted 0.3 percent after a 1.7 percent increase in the final three months of 2019. Economists had forecast a 0.4 percent decline. The latest decline in the GDP highlights that the economy had slipped into a deep downturn by March, even though the country was slow to impose lockdown measures, Capital Economics economist William Jackson noted. The economist said more timely figures point to a double-digit fall in GDP in Q2. "With this coming alongside multi-decade low inflation, the central bank is likely to cut interest rates further," Jackson said. The economist expects another 50 basis points cut in the Selic rate to 2.5 percent.