Forex Analysis & Reviews: Trading plan for starters of EUR/USD and GBP/USD on October 28, 2021

Here are the details of the economic calendar for October 27:

Yesterday, durable goods data were published, where their volume decreased by -0.4% in the period of September. This is not the best result, but an even stronger reduction of -1.1% was expected. As a result, the US dollar was still under pressure.

Analysis of trading charts from October 27:

The EUR/USD pair formed a side-channel again in the range of 1.1585/1.1625 after a short decline. It is assumed that the stagnation is associated with the upcoming ECB meeting, which leads to the accumulation of trade forces. As a result, there will be an outgoing impulse with a sharp increase in speculative interest.

The GBP/USD pair consistently restores the dollar exchange rate relative to the correction from the support point of 1.3400. The resistance is the 1.3800/1.3830 area, where there was a change of trading interests, which led to a gradual decline.

In fact, we are still at the peak of the correction, but at the same time, the first signal to sell the pound sterling already appeared. 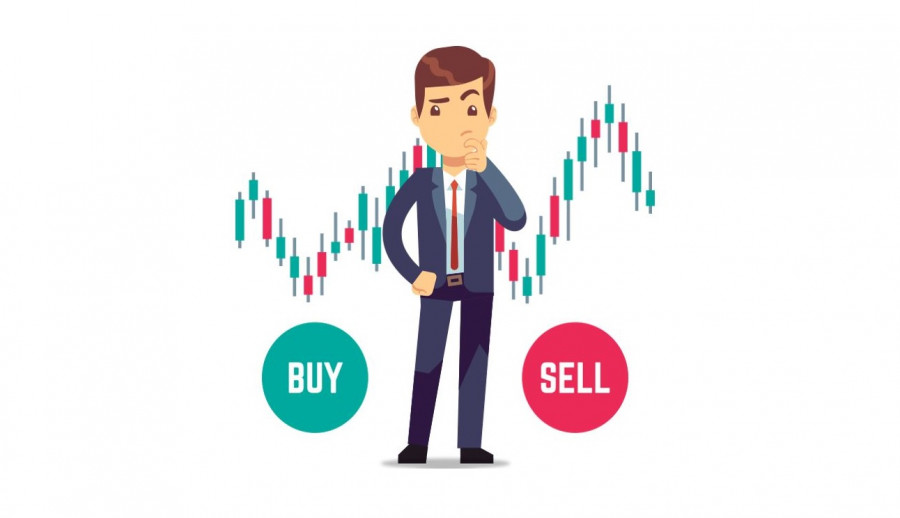 The focus today is the European Central Bank's meeting. Market participants are waiting for new information on the prospects for monetary policy in the euro area.

There is no doubt that the parameters of the ECB's monetary policy will remain unchanged, but this does not mean that the situation in the currency market will not change in any way. If Christine Lagarde announces the timing and extent of monetary policy tightening during her press conference, as the Fed and the Bank of England did earlier, then the euro will receive a strong incentive to grow. But if the ECB does not say anything again, then the suspended upward trend of the US dollar will resume.

The results of the ECB meeting - 11:45 Universal time

Trading plan for EUR/USD on October 28:

Today, the side channel in the range of 1.1585/1.1625 is highly likely to end. Trading tactics consider the method of breaking one or another border of the set range. 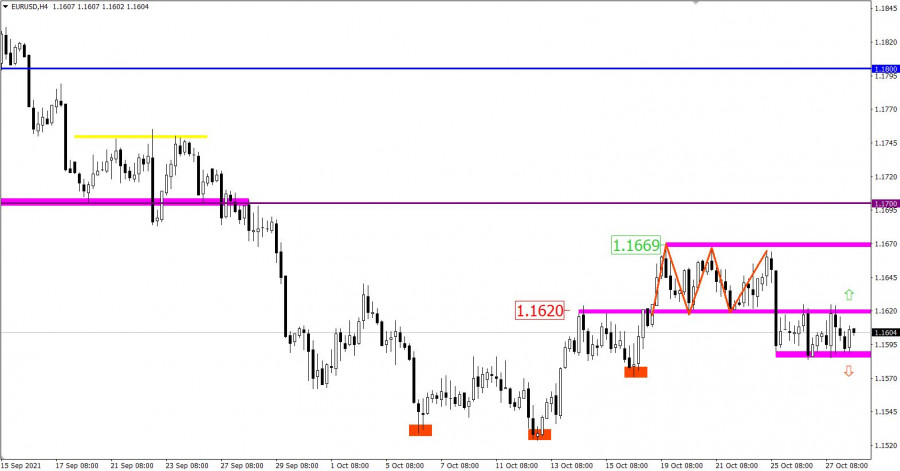 Trading plan for GBP/USD on October 28:

Here, special attention is paid to the price area of 1.3700/1.3720, since keeping the price below will lead to an increase in the volume of short positions. This will open the way towards the level of 1.3610.

Otherwise, the lateral amplitude along the resistance area will remain in the market. 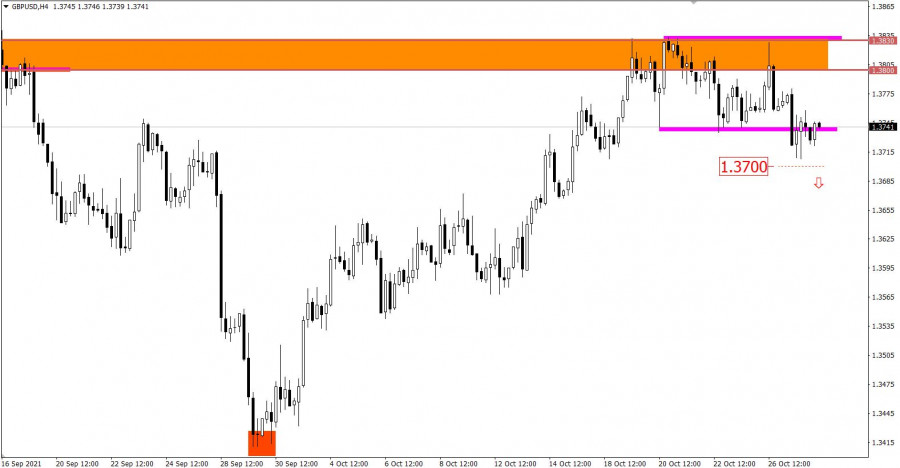 Outlook and trading signals for GBP/USD on November 29. COT report. Analysis of market situation. The British pound is finally starting a downward correction

The GBP/USD also showed a strong downward movement on Monday afternoon. However, the pound's movement was different from that of the euro, which initially rose strongly. However

Outlook and trading signals for EUR/USD on November 29. COT report. Analysis of market situation. Euro and the rollercoaster

On Monday, the euro/dollar pair showed certain movements that are quite difficult to explain. It started to sharply rise early in the morning and crossed a distance of 150 pips

Currently, on the daily chart, Cable seems to be moving up a rally where this has also been confirmed by the triggering of the three Wiseman signals from this major

On the 4-hour chart of the US Dollar Index, deviations appear between its price movements and the CCI indicator so that in the near future the USD Dollar Index

Yesterday, the euro traded in the range of 164 points and closed the day with a decline of 56 points. The upper shadow of the price reached the MACD indicator

Yesterday, the pound lost 128 pips. It reached the nearest target support at 1.1940. Considering the double divergence that formed with the Marlin oscillator, the main goal

Yesterday, the yen tried to reach the nearest support of the embedded line of the price channel at 137.00, but was pushed back up above the 138.60 line. This morning

Stock markets opened the week lower as investors worry that China may have to further tighten its Covid restrictions. That could undermine global economic growth prospects

The GBP/USD currency pair made a small correction to begin the new trading week. The pound did not even consider growth on Monday, in contrast to the European currency, which

EUR/USD. Overview for November 29. The ECB may launch a QT program in the coming months.

On Monday, despite the near absence of news and events, the EUR/USD currency pair was trading higher. The growth started early in the day, much earlier than the only event

5728
Can't speak right now?
Ask your question in the chat.