Forex Analysis & Reviews: GBP/USD. Only forward and only up! 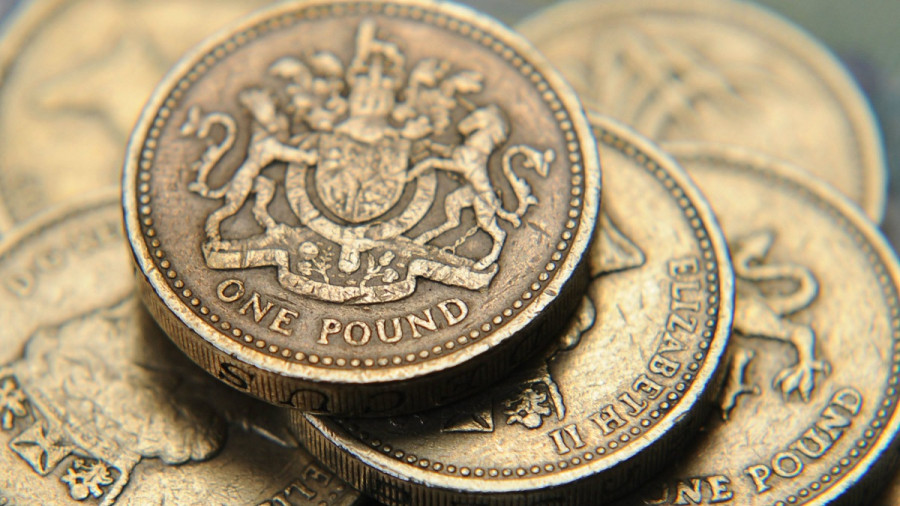 The pound lost some profits at the end of the week, though bulls are still in control of 1.2300. Economic indicators are likely to play a short-term role in the exchange rate's decline, while analysts remain optimistic on sterling.

The pound's exchange rate largely depends on the dollar's position, which moved higher on Friday after several days of pressure. However, the internal picture is not on the pound's side either.

UK retail sales unexpectedly fell by 1% in December. At the same time the markets were expecting the index to increase by 0.5%. The annual result also overshadowed the pound, falling by 5.8% instead of the projected 4.1% decline. In November, the index collapsed by 5.7%.

It was highlighted that the strongest demand fell from retailers of non-food products.

"Our sales have become increasingly erratic and unpredictable since July last year. Smaller, day-to-day spending has dropped dramatically, undoubtedly as a result of people having less money in their pockets to spend on themselves," the retailers commented.

They also reported the need to "adapt their business to the changing behavior of consumer spending."

Heavy snowfall and intensifying strike action, among other things, may have contributed to the further drop in retail sales in December, but the underlying picture is weak too.

The pound was trading lower on Friday, although it has had a fairly upbeat week. Despite some pressure, the British currency remains one of the best performing currencies in the G10 and G20 groups.

Earlier data released on Wednesday showed that inflation slowed last month. They also showed that services companies are still pushing prices up significantly despite the sharpest increase in bank rates since the late 1980s.

GBP/USD is under pressure, having retreated from the 1.2400 level. At the same time, the outlook remains positive. Scotiabank expects a retest of key resistance at 1.2450 after a brief respite. The bullish trend remains strong. 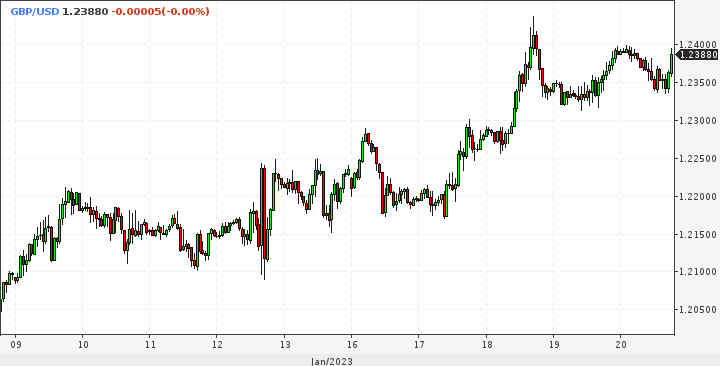 Economists of Deutsche Bank, who abandoned their long-standing negative stance, also expect the pound to rise further. They see a number of fundamental improvements that will play in the pound's favor in the future.

Recession risks in the U.K. have recently diminished, and policy "finally looks more favorable with high real rates and a much improved external balance picture compared to September," the analysts write.

Deutsche Bank is the latest among major financial institutions to take a more constructive position on the pound's prospects in the new year. Earlier, HSBC also changed its opinion.