Used in Meta Trader 4, this oscillator combines two Awesome Oscillator’s indicators which are displayed on the chart as a histogram.

Here are the basic rules of trading according to Double Awesome Oscillator: 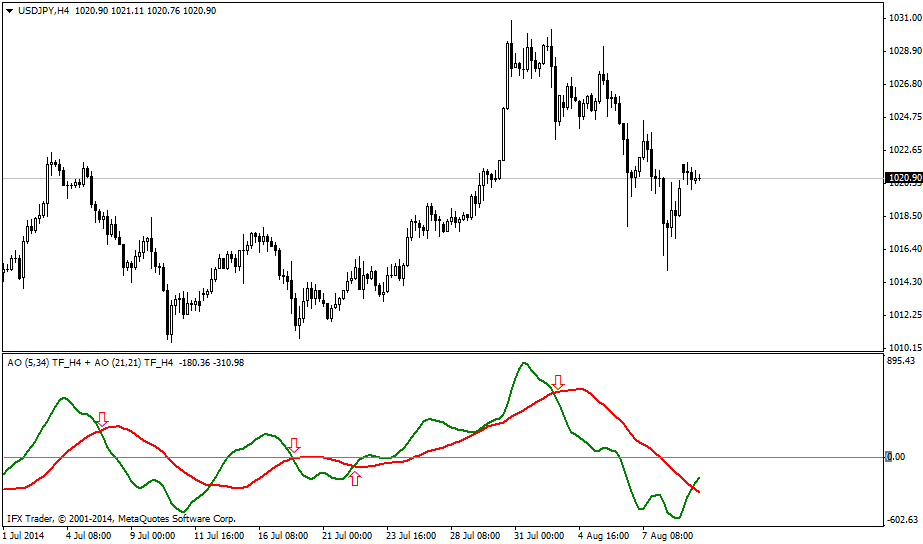