The euro-dollar pair, following last week's results, failed to settle within the 3rd figure. The price repeatedly plunged under the level of 1.0400 for two days - on Thursday and Friday, amid a general strengthening of the US currency. But the EUR/USD bears failed to develop a downward attack. As soon as the pair began to approach the levels of five-year lows (1.0340-1.0350), the downward dynamics faded. Traders took profits, reasonably doubting that the pair would overcome such a powerful price outpost. Especially amid a slowdown in the growth of the core PCE index and disappointing data on the growth of the US economy (the final estimate of GDP growth for the first quarter was revised downward to -1.6%). 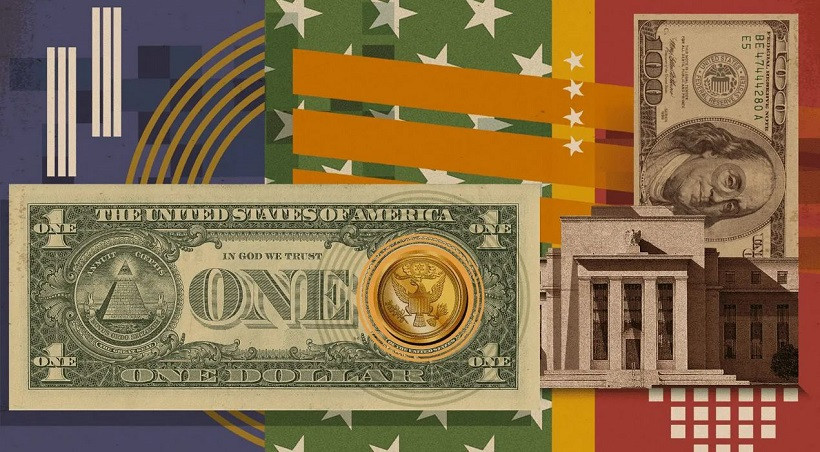 And yet, the mood for the pair still remains bearish. With all the doubts about the prospects for strengthening the greenback, traders for the most part treat the euro with even more skepticism. Last week's inflationary releases suggested that the European Central Bank would not raise interest rates at an aggressive pace. First of all, German inflation surprised: the report on the growth of the consumer price index in Germany unexpectedly came out in the red zone. All components of the release fell short of forecast levels, and the core CPI on a monthly basis even dropped into the negative area for the first time since January last year. People were also puzzled by the pan-European report. The general CPI in the euro area once again surprised with record growth, while the core index disappointed: for the first time in the last four months, it slowed down its growth. Following the release of this report, the EUR/USD pair tested the 3rd figure again, dropping to 1.0373 on Friday.

In the context of the releases, the report on the ECB's June meeting was of particular interest, which will be made public on Thursday, July 7th. Here it should be noted that there is no consensus on the pace of tightening monetary policy among the members of the ECB. The only thing that can be said with certainty now is that at the July meeting the rate will be increased by 25 basis points. Future prospects look vague. Many currency strategists at major banks are pricing in a 50-point rate hike in September. However, ECB representatives are very cautious about such prospects. For example, ECB President Christine Lagarde said that the central bank can act "more decisively if the situation requires it." But at the same time, she did not voice the relevant criteria. Suppose the central bank is prepared to act "more decisively" if core inflation continues to slow down as headline CPI accelerates?

In general, many representatives of the ECB continue to show indecisiveness on this issue. Executive Council member Fabio Panetta said on Friday that the normalization of monetary policy "should remain gradual." According to him, after the rate hike to zero, further adjustments "will depend on the development of the outlook." If the minutes of the June meeting of the members of the ECB Governing Council also reflect their indecision (on how to proceed after the July increase), the euro will come under additional pressure.

Another important document that could provoke increased volatility for the EUR/USD pair will be published on Wednesday. We're talking about the Federal Reserve minutes. The minutes of the June meeting should show how determined the Fed is about moving forward. It is known that at the July meeting the central bank will decide whether to raise the rate by 75 points (as in June) or by 50. It is also known that the decision on the 75-point increase was not unanimous: the head of the Kansas Federal Reserve City Esther George. After the June meeting, Fed Chairman Jerome Powell, speaking in the US Congress, voiced a rather interesting phrase: "the pace of further rate hikes will continue to depend on incoming data and changing economic conditions: the Committee will make a decision from meeting to meeting." These words put pressure on the greenback. If the Fed's minutes reflect the more hawkish sentiment of the majority of the committee members, the dollar will gain support. Otherwise, EUR/USD bulls can count on a corrective price increase.

The most important macroeconomic report of the week for traders of the pair will be the Nonfarm data, which will be published on Friday, July 8. Here it is worth recalling that the key components of the previous (May) release did not disappoint, but did not impress market participants either. The main indicator - the unemployment rate - was in the red zone. However, here it is necessary to take into account the fact that this component of the release disappointed only by the fact that it came out at the level of the previous month, that is, at around 3.6% (instead of the predicted decline to 3.5%). The average hourly wage rose by 5.2% in May (year-on-year). On the one hand, this is a fairly good result, but on the other hand, the growth rate of this indicator is slowing down for the second consecutive month. The number of people employed in the non-agricultural sector increased by 390,000 in May, while experts expected to see this indicator slightly lower, at around 325,000.

According to the general forecast, the June labor market indicators will also demonstrate a contradictory result. The growth rate in the number of employees should rise to 290,000, although the growth rate of the average hourly wage on an annualized basis may slow down to 5.0% (in this case, there will already be a steady downward trend). The unemployment rate, in turn, should fall to a two-year low of 3.5%.

Among the main macroeconomic reports of the week, we should also highlight: the European producer price index (Monday), the change in the volume of factory orders in the US (Tuesday), the index of business activity in the services sector from ISM, (Wednesday) a report from the ADP agency (Thursday).

In general, in my opinion, traders of the EUR/USD pair will again try to settle in the area of the 3rd figure next week. But a powerful informational occasion is needed to move below 1.0350 (the price low of the current year) - otherwise, the downward momentum will fade when approaching the middle of the third figure. Therefore, any corrective bursts of price should be used to open short positions with fairly modest price targets: 1.0400 and 1.0360-1.0370.