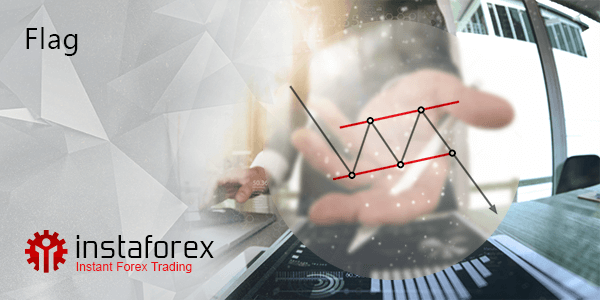 The flag chart pattern is one of the major chart patterns. It is a continuation signal that indicates further direction of a trend. Newcomers and professionals have different views about this pattern. While for beginners it means an upcoming flat market, market buffs view it as a trend pausing followed by continuation with equal force. Meanwhile, the price direction does not matter. The flag forms both during an uptrend and a downtrend. 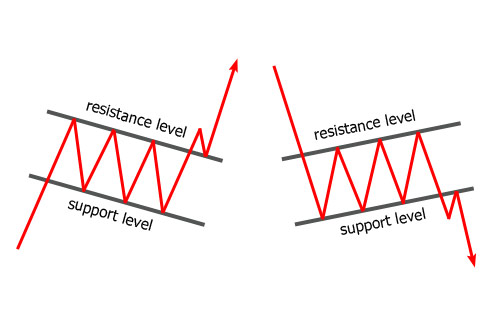 It is worth noting that this algorithm is applicable for all chart patterns. And despite the fact that some traders are concerned about the loss of a significant part of the estimated profit, this approach is fully justified.

Given that the market is unpredictable, even the most reliable patterns do not always work. So we recommend that you use it exactly in the same way. First 30% of the lost profit will eliminate the risk of false breakouts, while the other 30% will hedge against incomplete workout.

Alternatively, if, after reaching 70% of the expected profit, there will be 2-3 clear signals about the further price direction, you can always leave the trade open.

In conclusion, pay attention to the fact that a sharp rise before the formation of the flag pattern can take place after some important news. And this means the lower probability of the workout. Therefore, trading the flag pattern, carefully explain the reasons why it was formed.