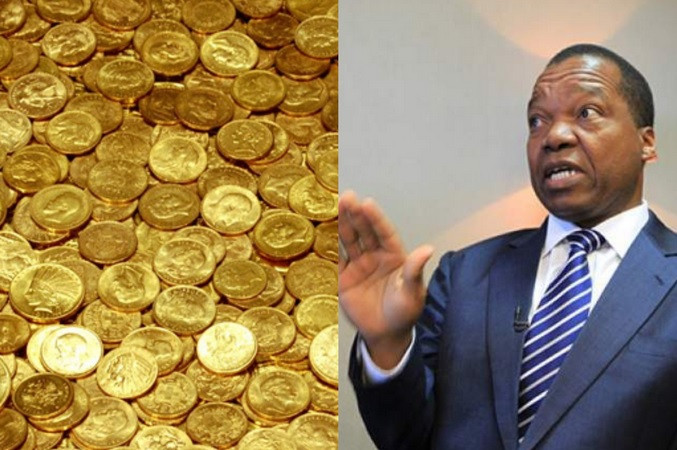 At the end of this month, to try to tame inflation, the Reserve Bank of Zimbabwe will begin selling gold coins, thus providing a store of value for the country's declining currency and an alternative to the US dollar for the public.

The gold coin weighing 22 carats in one troy ounce will be called Mosi-oa-Tunya and will already be available from July 25.

Each coin will be assigned a serial number. After the purchase, the buyer takes possession of the coin and receives a certificate of ownership to the bearer. The buyer or the holder of the coin can transfer it to the bankers of his/her choice for safekeeping, and in this case a certificate of safe storage or a receipt will be issued.

According to the governor of the central bank, John Mangudya, gold coins can be bought for local currency, the US dollar and other foreign currencies.

The price will be set based on the international gold price and production costs.

Owners of gold coins will be able to exchange them for cash. Gold coins can also be used for transactional purposes and as collateral for loans.

According to the press release, the coins will be sold by Fidelity Gold Refinery, Aurex and local banks.

Rising inflation and currency devaluation have made life difficult for the Zimbabwean population. Annual inflation in the country was almost 192% in June.

The central bank of Zimbabwe was forced to more than double the discount rate from 80% to 200%, which was a new record.

According to the country's Finance Minister Mthuli Ncube: the government has announced its intention to maintain a multi-currency system based on the dual use of the US dollar and the Zimbabwean dollar.