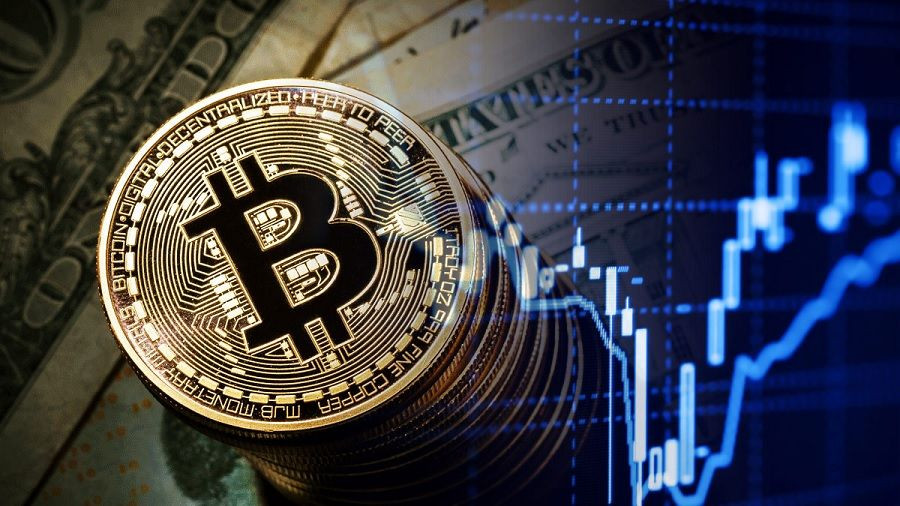 The past week proved to be a very successful one for the main digital asset. BTC not only held permanently above the key psychological level of $20,000 but also soared to $24,276. Later in the week, however, it bounced back and closed the week at $22,600.

Notably, the cryptocurrency has already lost around 65% in value since November last year, when it hit an all-time high by soaring above $69,000.

Ethereum, Bitcoin's main counterpart, also started the week down. It had fallen to $1,519. The coin has lost 5.7% in the past 24 hours. The altcoin has a market capitalisation of $183 billion.

Ethereum has been rising steadily over the past week, gaining 17.5% in seven days. By the way, the cryptocurrency has already risen by 50% in July.

At the same time, experts note that altcoin continues to fall in price due to the crisis in the cryptocurrency industry. Despite this month's spectacular rally, the token's price has collapsed by about 60% compared to 2021.

A key driver for the temporary surge in the price of ETH was the announcement by a project developer that the Ethereum blockchain could move to the new Proof-of-Stake algorithm, which does not require miners, as early as mid-September.An additional reason for the altcoin's rise in value, many crypto experts cite the anticipation by US investors of the Federal Reserve's meeting. Analysts are confident that the token's price will steadily decline following the announcement of the key rate change.

The next US Federal Reserve meeting is due to take place on July 26-27, 2022. During the meeting, central bank officials will discuss whether to raise interest rates on the back of record inflation in the country. If the US regulator decides to raise the benchmark rate by 0.75%, it would be the third increase this year.

As for top 10 cryptocurrencies by capitalisation, all major cryptocurrencies except USD Coin (USDC), Tether (USDT) and Binance USD (BUSD) moved into negative territory. At the same time, Dogecoin (-5.22%) was the biggest loser.

Solana (-3.97%) was the worst performing cryptocurrency out of the top 10 in the past week.

According to CoinGecko, the world's largest cryptocurrency data aggregator, Synthetix Network (+3.2%) topped the list of the top 100 most capitalized digital assets in the last 24 hours, while Decentraland (-8.2%) was leading the decline.

In last week's top 100 cryptocurrencies, Fantom (+27.0%) was the best performer, while Arweave (-18.0%) was the worst.According to CoinGecko, the total market capitalisation of cryptocurrencies is at $1.05 trillion, dropped by 3.7% in the past week. BTC dominance indicator slipped to 39.9%.

Since last November, when the total market capitalisation of cryptocurrencies surpassed the $3 trillion mark, the value has dropped threefold.

The unpredictability of the cryptocurrency has led experts to make diverse predictions about its future. Analysts at Glassnode recently said that after several spectacular capitulations in May-June 2022, Bitcoin prices had traded below the Realized Price for over a month, with many signals that a deep and complete capitulation had occurred.

After Bitcoin hit the major psychological mark of $20,000 on July 13, many crypto-experts suggested that it could soar in price by the end of 2022. For example, blockchain analyst Matthew Hyland previously stated that bitcoin could set a new historical record of $100,000 by December 2022, amid growing demand for altcoins and their shortage.

CrowdWisdom recently forecast a rather encouraging growth scenario for Bitcoin. According to the company's experts, the value of the first cryptocurrency will reach $35,746 in 2022.

More skeptical crypto enthusiasts believe that crypto still hasn't bottomed out. They think it will collapse to $8,000. Scott Minerd, chief investment officer at Guggenheim, recently revealed this prediction. He cites tight monetary policy by the US Federal Reserve as the key reason for the decline in BTC to such extreme lows.

Silvergate CEO Alan Lane, is of the same opinion. He said that the crisis in the crypto industry is not over and may soon become more painful. In Silvergate's view, most exchanges and cryptocurrency funds will continue to face serious financial problems in the near future.

Crypto analyst Nicholas Merten is more positive. He says that market conditions have reached a point that an unexpected relief bounce that liquidates Bitcoin bears is becoming more likely. Merten predicts a rally to $30,000 on the crypto market in the near future. The expert predicts the cryptocurrency will grow strongly in the short term, but he doubts Bitcoin will bottom out. Merten attributes this to the fact that macroeconomic conditions are still putting pressure on the crypto market.

Meanwhile, Binance CEO Changpeng Zhao said that despite the failure of many crypto projects, the number of traders and companies in the industry continued to expand permanently. He also added that institutional confidence, as well as the popularity of decentralized finance platforms and NFTs, is also growing.