Forex Analysis & Reviews: The euro raises its head, trying to knock the crown off the dollar 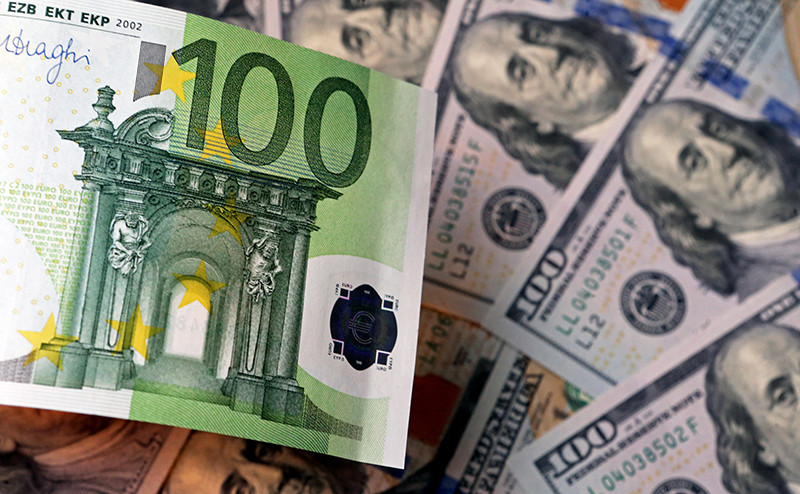 The euro is looking for ways out of the price impasse, into which it has been driven by economic instability and recent parity with the American one. At the same time, the greenback remains the winner in the EUR/ USD pair, despite a short-term subsidence.

The US currency was near multi-year highs on Tuesday, July 26, amid expectations of a Federal Reserve rate hike. Recall that the central bank will hold a meeting on Wednesday, July 27, at which it is highly likely to increase the interest rate by 75 bp. This measure is necessary to curb the ever-growing inflation.

If the Fed leaves the greenback in limbo after the meeting, then this will be the best option for the euro. However, such a scenario is unlikely, experts warn. One of the euro's trump cards against the dollar is the risk of an approaching recession in the United States, Rabobank currency strategists believe.

The bank's specialists have revised the current forecasts for the EUR/USD pair downwards. Analysts believe that by the end of the summer, the single currency may fall to 0.9500 relative to the greenback. As for the planning horizon in the next six months, Rabobank expects the pair to recover to the level of 1.0500. The EUR/USD pair was cruising near 1.0227 on Tuesday, July 26,, recouping previous losses. According to preliminary calculations, another wave of weakening of the greenback is possible at the beginning of next year. 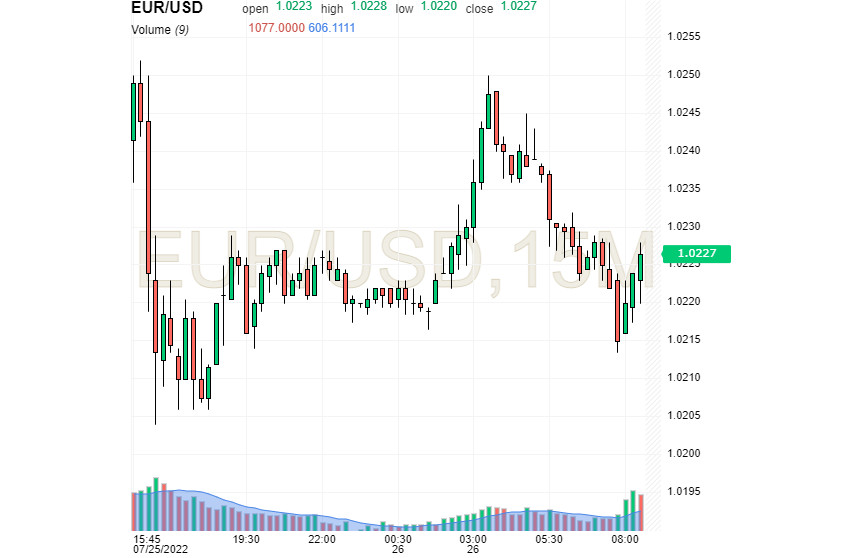 Investors prefer safe assets in the current situation, primarily gold and USD. As a result, the latter is steadily rising in price. According to analysts, in anticipation of a downturn in the global economy, the demand for safe-haven assets is going through the roof. This provides impressive support for the dollar and reduces the euro's chances for further strengthening.

It is difficult for the euro to hold the gained positions amid the steadily growing greenback. The pain point for the euro, as well as for its rival in the EUR/USD pair, is galloping inflation. Recall that since the beginning of 2022, the single currency has dipped in relation to the greenback by 12%. At the same time, inflation in the euro area updated records for eight months: in June, price growth in the EU amounted to 8.6% year on year.

Some experts believe that the weakening of the euro is not an economic, but a political problem, due to the desire of the United States to dominate the world market. In this scenario, there is no place for a strong and independent Europe, whose currency is able to successfully compete with the dollar. "There is an exciting power play behind the current devaluation of the euro," said Feng Xiaohu, a columnist for the Chinese edition of Huanqiu Shibao. According to the expert, the euro's decline is due not only to economic factors. The political ambitions of the United States is in first place, since the euro is the main obstacle for the greenback, which prevents American authorities from "making profit from all over the world."

At the beginning of the week, experts recorded investors' flight from risk in the markets amid concerns about the onset of a global recession. Many analysts believe that the recession is the Fed's payment for curbing inflation, which has already accelerated to 9%. At the same time, market participants believe that the Fed will be able to take control of it. According to experts, there are signs of an impending recession in the US economy. However, they will not prevent the central bank from bringing the federal funds rate to a neutral level.

Many experts warn against misinterpretation of the coming recession in the United States, warning of its destructive power. According to Nouriel Roubini, one of the leading economists who predicted the financial crisis of 2008-2009, one should not count on a mild recession in the American economy. According to the analyst, it will be deep "amid a serious drop in GDP and debt and financial crises."

The growth of the key rate and the huge debts of the American economy, which have reached peak values, add fuel to the fire. At the same time, the debt burden of developed countries is growing, increasing the risks of stagflation, Roubini emphasizes. Recall that stagflation is a combination of an economic downturn with rising prices.

The current tightening of the monetary policy of the Fed and other central banks has a negative impact on the value of assets around the world. Most stock markets are experiencing a downturn, pulling the crypto industry with them. In such a situation, the US currency is the winner, justifying its status as a safe asset. According to the calculations of analysts at Standard Chartered Bank, almost 45% of the strength of the greenback is due to its status as a safe haven currency.

Despite the high probability of further strengthening, USD may decline in the coming weeks due to the Fed's current strategy regarding rates. In the current situation, the market has taken into account the entire cycle of tightening of the monetary policy in prices, but the major players continue to aggressively bet on the greenback's succeeding growth.

At the same time, representatives of the Fed note that they do not plan to raise the rate to 1.00%. The Fed intends to limit itself to an increase of 0.75%, which is fully taken into account in market prices. A potential rate hike of 1.00% will be a surprise for the market and will support the dollar, but such a scenario is unlikely. At the same time, the euro will try to maintain its recent upward momentum, not counting on a further decline in the greenback.

2203
Can't speak right now?
Ask your question in the chat.