December futures for both Brent and WTI continue to trade below $90 per barrel. Several factors are to blame, and all of them are related to the current global economic slowdown. In addition, world central banks are competing to see who can raise rates faster, while demand is declining very rapidly. The record growth in US oil inventories also prevents any possible price increase. To address this, OPEC members are having a meeting on October 5. They will likely discuss the issue of cutting production by 1 million barrels per day, which, if approved, will make everyone realize that a recession may come much earlier than expected.

In terms of dollar, the current environment will provoke high volatility, which will maintain the stability of the currency. Any decline will be a correction rather than a development of a new trend.

Inflation in the Euro area has reached a record high. A number of countries said theirs exceeded 20%, while Germany reported that theirs has come close to 11%. Considering that measures to support the economy are being completed, and the energy crisis is gaining momentum, there is every reason to believe that the current level will be updated several times during the winter months.

In terms of positioning, net long positions of euro slightly corrected, which is surprising given the high inflation, gas crisis and geopolitical tensions on the region. 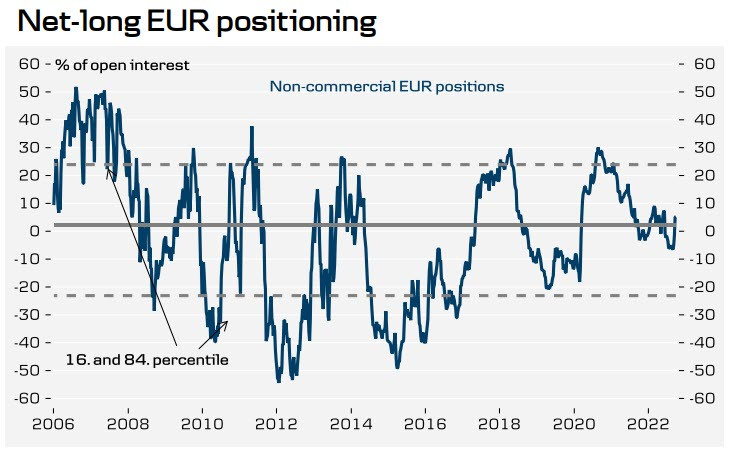 Even so, demand remains strong, and it is likely that the recent decline below parity is just short-term. This means that a correction is not long in coming, and bullish momentum may develop amid any positive news from Europe.

The settlement price is above the long-term average. 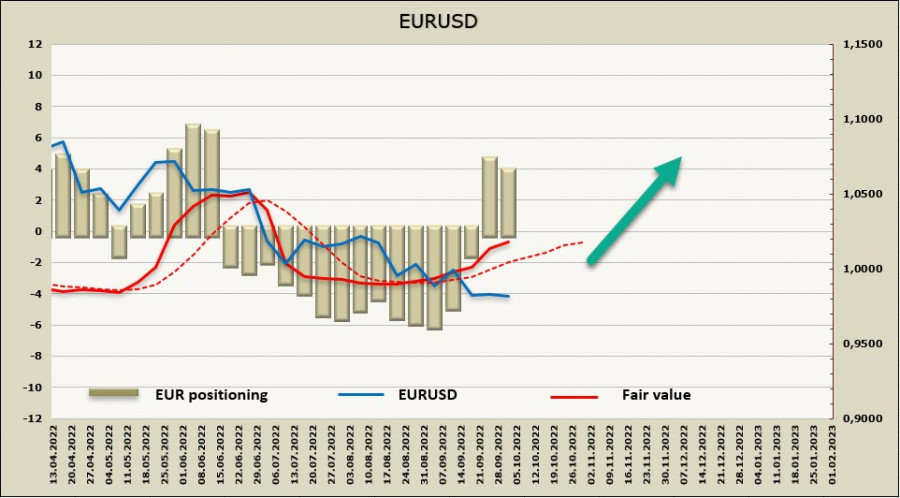 Euro is in a stable channel and there is no reason to expect a reversal. But if a correction develops, then 0.9863 will be the nearest target, and rising above it will open the way towards the border of the channel at 0.9960/80. There is little chance of hitting the low, but growth will also be limited.

UK markets were highly volatile last week due to the government's plan to cut taxes in order to offset households' electricity bills. Pound hit a new record low, while bond yields soared. The Bank of England was also forced to intervene in the stock market to avert a liquidity crunch among local pension funds. There is growing pressure on the government to adjust its fiscal plans, but so far there is no sign of a change in policy.

On the bright side, latest economic data looks very decent as the final estimate of GDP for the 2nd quarter was raised to 4.4% y / y. The housing price index slowed down from 10% to 9.5% y / y, while the number of applications for mortgages significantly exceeded the forecast. Consumer lending does not decrease.

In terms of positioning, net short positions in pound slightly decreased, and it seems that sell-offs in the currency are about to stop. The settlement price is well above the long-term average, which indicates that last week's fall is not supported by the changes in the futures market. There is a high chance of a reversal. 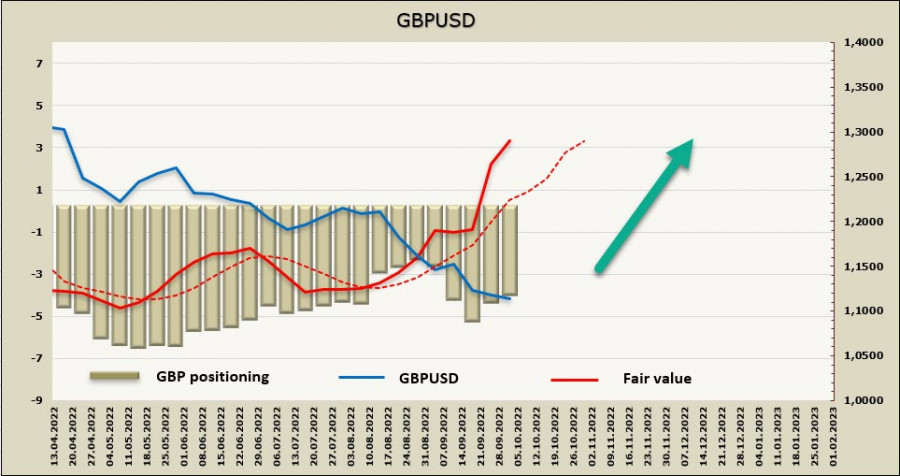 Most likely, pound will trade around 1.0345 for some time, then go for a rebound. The nearest targets are the 23.6% retracement level at 1.1264 and the upper limit of the channel at 1.1670/1720. There is little chance of a decline below 1.0345, but if it happens, buying pressure will surge, which will continue the correction.

9103
Can't speak right now?
Ask your question in the chat.